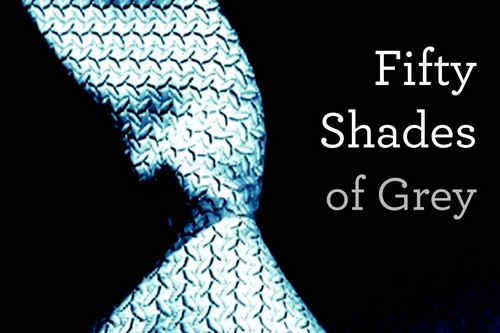 Oh my wow. I have to admit, when I heard that Dakota Johnson was cast as Anastasia Steele my high hopes for the film adaptation kind of Fifty Shades of Grey kind of went out the window.  As it is taking this from novel to the big screen was going to be a difficult task. The wrong casting seemed like an instant series killer before any scenes were even filmed. Let me say, after seeing the trailer that was released this morning, I totally get it. From the looks of things, Dakota really IS Ana. I was sold in 2 minutes and 30 seconds and from the looks of things, so were most of you guys!

Dakota and Jamie Dornan who is portraying the controlling Mr. Grey, look great together and that heat that is so vital for this film certainly does exist between them. Granted the trailer has really been packaged brilliantly but I dare you to watch it and tell me that you aren’t at the very least curious about the finished product. As it stands now, Fifty Shades of Grey has a release date of Valentine’s Day 2015 and I’m betting opening day tickets will sell out across the country in no time flat.

There is still the question about how this film will be rated. Given the S&M content it’s hard to imagine it living up to the book and getting an R rating. If it gets an NC-17 rating, which it likely should have, then that’ll be a first for a hotly anticipated, major Hollywood film. The Fifty franchise could easily pave the way for Hollywood to begin pushing limits more and not steering clear of such an adult rating. Check out the trailer of Fifty Shades of Grey and tell us your thoughts. Will you be running to see it?