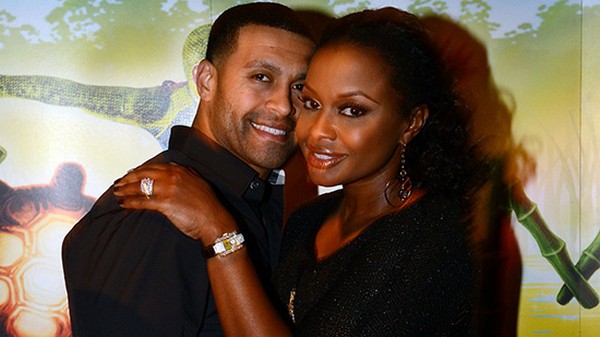 Either Apollo Nida is trying to absolve his guilty conscience or else he is bound and determined to cause trouble before hustling off to serve his 8 year prison sentence for identity theft.  Either way, the fur is really going to fly on the upcoming season of The Real Housewives of Atlanta, especially after Apollo spent the last year insisting to his wife, Phaedra Parks that he had no interest in Kenya.If you have tuned into the show then you already know that Apollo and Kenya were caught exchanging questionable text messages. He of course insisted that there was nothing going on and Kenya laughed at the idea of wanting this guy in spite of calling him “baby”. Phaedra already seemed semi-done with them both at the most recent reunion and according to Apollo now the marriage is kind of shot. Phaedra didn’t attend his sentencing and so it seems like he might be out to cause a little bit of damage.

According to MTO Apollo has now admitted on camera that he was trying to hook up with Kenya and that the two have kissed. My guess is that his marriage to Phaedra really is over and now Apollo has no reason to hide his actions from her. Do you think that Kenya will admit to the things that Apollo is now copping to or is she going to deny it all away? There is no way Kenya’s going to want to link herself to a now twice-convicted felon, right? Tell us your thoughts in the comments below!