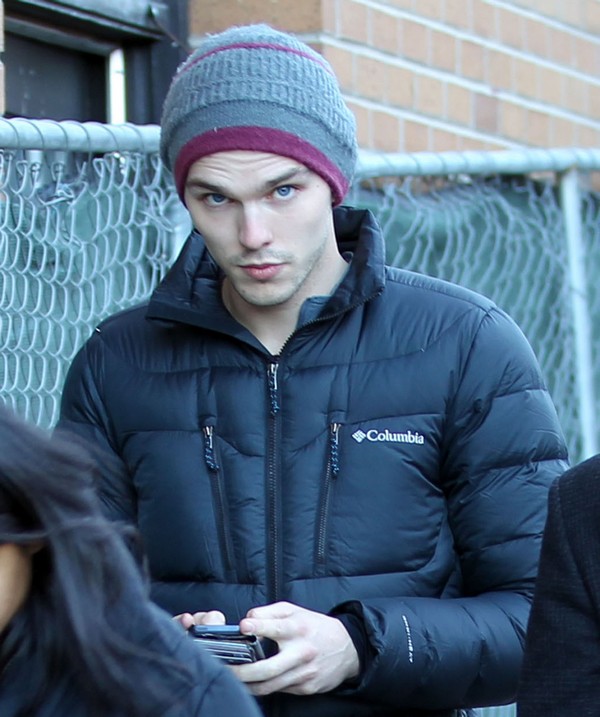 Rumors started swirling a few months ago about the status of Jennifer Lawrence‘s relationship with Nicholas Hoult. The two met a few years ago on the set of an X Men movie and seemed to be going pretty strong until Jen hit it big in Hollywood. The couple split around the time of her Oscar win and then quietly reconciled. While Jen was working over time to win Nick back he was also seeing Riley Keough, Lisa Marie Presley‘s daughter. This time last year the two were busted doing the walk of shame after a night of partying together. Somehow Jen and Nick did patch things up for awhile but they haven’t been spotted together since May and now there is reason to think that another split has happened.Mainly because Nick was spotted once again looking cozy with Riley, this time on Wednesday night at No. 8’s “Philo Prom” in NYC. According to Page Six Nick was talking to lots of girls but ultimately he was “arm-in-arm” in a booth with Riley. I have to wonder if this particular evening ended the way that their other evenings have- with them heading for a hotel together.

Any way you slice it, this doesn’t look good for Nick and Jen.  Either they have split or else he was caught cheating. Which do you guys think it is? Nick does have a habit of reconnecting with previous flings and patching up romantic situations that already fell apart once. Is Riley a retread or could there be something real developing between them? Tell us your thoughts in the comments below!