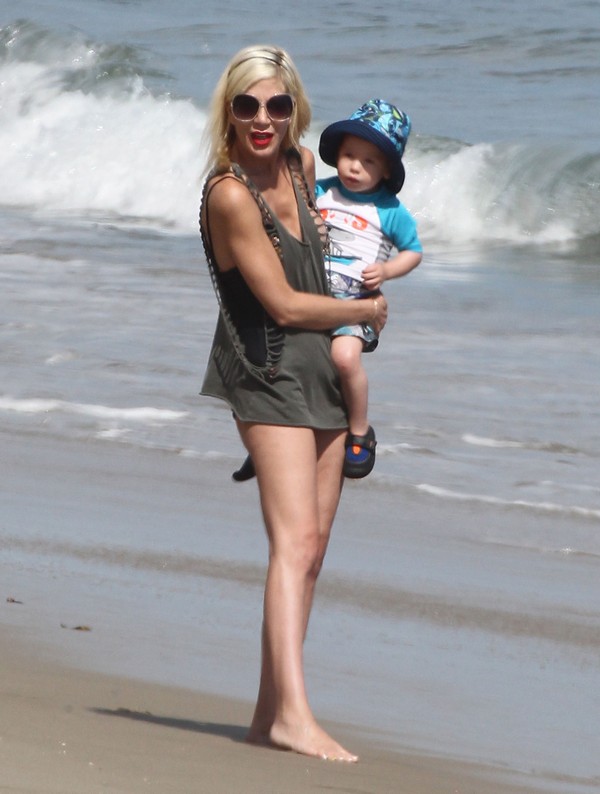 Oh, look at that. D-list stars insulting other D-list stars. Although Tori Spelling, Jennie Garth, and Ian Ziering may have been B-list at best during their heyday, none of their careers really took off and most of them are forced to appear in reality television or B-movies on Syfy to pay their bills. But apparently, Ian thinks that he’s better than Tori, which isn’t surprising. Who isn’t better than Tori?

Granted, their claim to fame was Beverly Hills, 90210 and that’s not saying much. But since the show went on to become a cult hit, you’d think that at least a few of the actors would have made something of themselves. But instead, we have Ian Ziering with his Sharknado movies and Tori Spelling with her ridiculous True Tori television show.

Ian recently dissed Tori by calling her reality show a ‘trainwreck’, which apparently ‘hurt’ Tori a lot. Jennie Garth was promoting her new ABC Family show when she discussed Ian’s insult towards, and she explained, “I know that that really hurt Tori — because people can take that in a very wrong way. But her reality show wasn’t for everyone. And for me, it was hard to watch just because I love her so much. It was so hard for me to see that kind of position she was in.”

But then, Jennie also adds that she doesn’t ‘pity’ Tori because she knows what she’s doing. You guys, Jennie’s totally telling us what we already know: nobody should worry about Tori because Tori is a giant famewhore who is just using that reality show to get more attention. Tell us something we don’t know.