The Blacklist Season Two Spoilers Include the Continued Hunt For Berlin 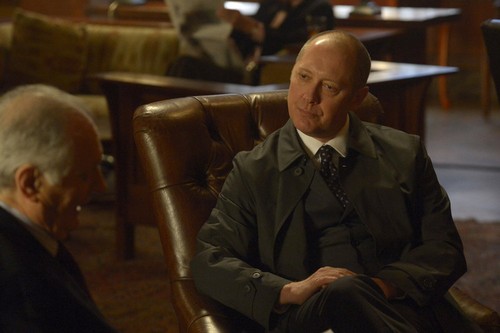 Have you jumped onto The Blacklist bandwagon? It was one of NBC’s biggest new shows last season and the cast made an appearance at Comic Con to tease us about season two. If you haven’t already tuned in, James Spader is cast as Ray Reddington an elite criminal that has chosen to place himself in the FBI’s hands as a tool. Red has a list- The Blacklist- of fellow criminals and former associates that need to be taken out, immediately. Each week the cast ends up looking for one of these people while protecting Red. Lizzie is the special agent that Red insists on working with and the two have a connection that goes back to her childhood. The mystery of that is still unfolding.

Over the course of several tweets Blacklist powers-that-be have given us clues about what they have in store for us in season two. Supposedly it will begin with everyone needing to recover a bit and they will still be on the hunt for Berlin who has a vendetta against Red. Berlin was a Soviet Colonel until his daughter fell in love with a dissident (probably Red) and was imprisoned. Berlin helped her escape and was imprisoned for it himself. As he sat in his cell the KGB sent him pieces of his daughter’s body one at a time. He wants Red dead and is currently missing.

We will also see Lizzie recovering from her marriage to Tom Keen. For whatever reason he married her to get closer to Red. Viewers have seen Tom kill and lead a double life but Lizzie was left with a million questions and a lot of trauma to recover from. It’ll be interesting to watch her put the pieces of the last few years of her life together for real.

Are you anxious for the return of The Blacklist? Everyone adores Spader but Megan Boone’s portrayal of Lizzie has gotten a bit of a mixed review. What are your thoughts on her? Tell us in the comments below!

The Blacklist Season 7, Episode 11: Airdate of Next Show Revealed