Fifty Shades Of Grey Most Popular Trailer Of 2014 – The Film To Become Huge Success? 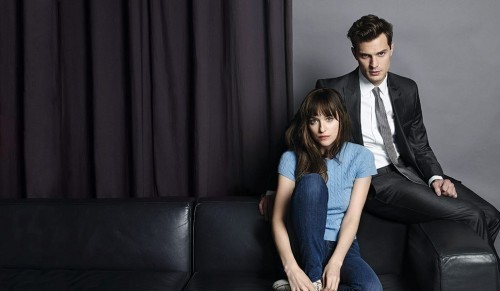 Just because a trailer is popular doesn’t mean the movie will be successful. Movies like Sucker Punch are perfect examples of this. However, Fifty Shades of Grey becoming the most-watched trailer of 2014 is a great start to Universal’s campaign, and I wouldn’t be surprised if they somehow managed to turn that turd of a book into a smashing success of a movie.

For one, the movie HAS to be better than the book. There’s no way it could possibly be worse, even if it was literally translated word for word. There’s also the fact that the director, Sam Taylor-Johnson, has a great aesthetic and a great eye for this stuff, and it shows. The cinematography looks great, as does the entire appeal of the film. Of course, you can’t change the content, not when you’re enslaved to the source material. In this case, Sam and Universal were stuck making that book into a movie, and that’s what they had to do.

Again, a trailer’s success doesn’t necessarily mean a slam-dunk for the movie. However, it’s obvious that there’s a LOT of interest in Fifty Shades of Grey, and that should at least translate to healthy curiosity, leading to decent box office numbers.