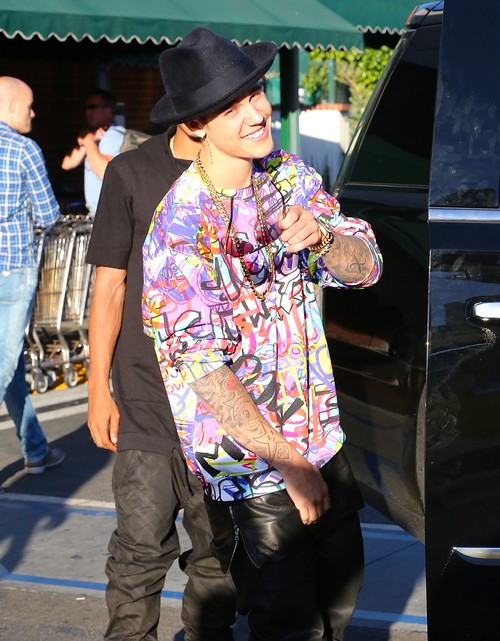 If you needed more proof that something happened between Justin Bieber and Miranda Kerr last year, look no further. Justin Bieber and Orlando Bloom got into a fistfight in Ibiza early Wednesday morning at Cipriani restaurant, a favorite celeb haunt in the party city. Well, ‘fistfight’ is relative, but Orlando threw a punch at Justin, and then Justin yelled at Orlando. And then Justin ran away, because that’s what he’s good at.

Eyewitnesses told TMZ that everyone applauded after Justin left, because even neutral industry folks hate his guts. However, I am surprised that Orlando was so open about his hatred of the Biebs, and I’m actually surprised that Justin had the guts to talk back to Orlando. Apparently, he screamed, “What’s up bitch?” in Orlando’s face, which I’m sure just infuriated him more.

Justin and Orlando do have a fairly complex history, most of which is public knowledge. Justin and Miranda flirted after a Victoria’s Secret show last year, Orlando got jealous, Orlando and Miranda broke up months later. Then, Justin got back with Selena Gomez, but then they broke up – which then led to Selena reportedly hooking up with Orlando Bloom. It’s like this twisted four-way love square, but Orlando has much more reason to hate Justin than Justin does to hate Orlando. For one, Orlando and Miranda were still married when Justin hit on her. For another, Justin’s a snooty little brat who probably started the whole thing by pushing into Orlando or doing something equally asinine. I don’t blame Orlando for losing his temper, even though the guy’s usually the epitome of calm and collected. I guess that’s just what Justin Bieber does to people.