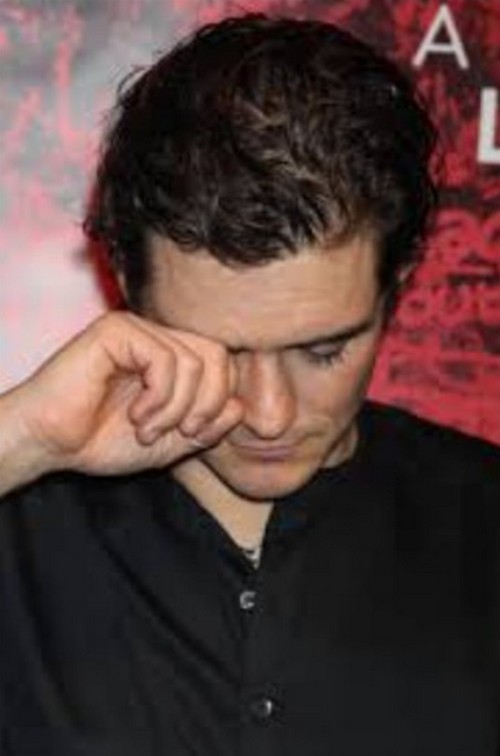 In a battle between Justin Bieber and Orlando Bloom, there is no question about who would win. Of course, Justin would have to agree to a fight without his army of bodyguards, which he will never do. Orlando barely threw a punch at him yesterday, but Justin reportedly ran from the scene as though his ass was on fire.

Anyway, Justin’s battle saga with Orlando continues. For those who haven’t been following the story, here’s a quick recap: Justin and Orlando ran into each other at a popular restaurant in Ibiza yesterday, they exchanged words [reportedly about Orly’s ex-wife, Miranda Kerr], Orlando threw a punch at Justin, Justin ran away – but not before mouthing off to Orlando about how he slept with Miranda. Eeeks, talk about fanning the flames.

So of course, that should have been the end of it, right? Well, not really. Whenever these things involve Justin Bieber, it never ends in such a simple manner. No, Justin wouldn’t let it go, and hours after the fight, he uploaded a picture of Miranda onto his Instagram account. Although he later deleted it, he then replaced it with a picture of Orlando crying. Yeah, Justin Bieber is an idiot.

He’s obviously making the feud worse, even though he has absolutely no supporters in this. In contrast, everyone online is supporting Orlando Bloom, and quite a lot of people are praising him for hitting Justin. See, if this came down to an actual fight between them, Orlando would win by a landslide – both in popularity and actual physical prowess. Is that what Justin wants? He’s making it seem like that, especially if continues with his Instagram uploads.