Ryan Gosling Cried After One Night Stand – Too Sensitive? 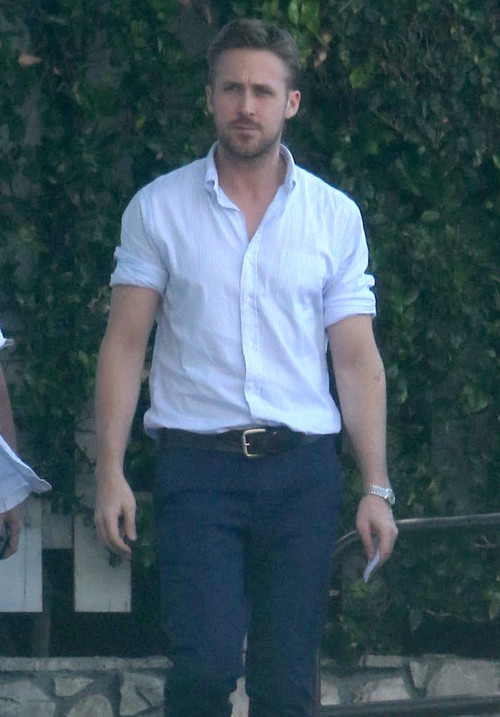 Ryan Gosling is apparently a really passionate lover, but also a really sissy dude. Yeah, he definitely gives off that vibe sometimes, doesn’t he? Don’t get me wrong, I’m a HUGE Gos fan, but he does ALWAYS take his dates to Disneyland. At a certain point, it just becomes.. weird.

Anyway, one of Ryan’s past one-night stands decided to speak to the tabloids, and according to Star Magazine, the details aren’t pretty. This ‘curvy blonde’ random tells Star, “He was the best lover I’ve ever had.”

So far, so good? But it’s after the sex that the real story starts, with the girl adding, “I thought I heard him sniffling. Then I realized he had tears gushing down his face. I asked if he was all right, and he said he gets emotional sometimes.”

Man, I don’t know. I don’t want to believe that Ryan Gosling is that dude – you know, the guy that would CRY after sex with a random stranger that he just met at a club. Or maybe he’s crying because he just cheated on his girlfriend? It’s not clear when this one-night stand was supposed to have happened, but maybe Ryan cheated on Eva Mendes and was feeling guilty? Hey, that’s a much better excuse than getting emotional after a one-night stand. He’s Ryan Gosling! He has everything in the world he wants, why would he cry? Lack of intimacy? Wanting a girlfriend? Feeling guilt over cheating on a girlfriend? Eh, all asinine reasons for crying in the presence of his one-night stand, but to each their own.

What do you guys think? Is this girl making up the story? I don’t think she is, because she didn’t even give her name to Star.