LeAnn Rimes Opens Up About Being Called A Homewrecker 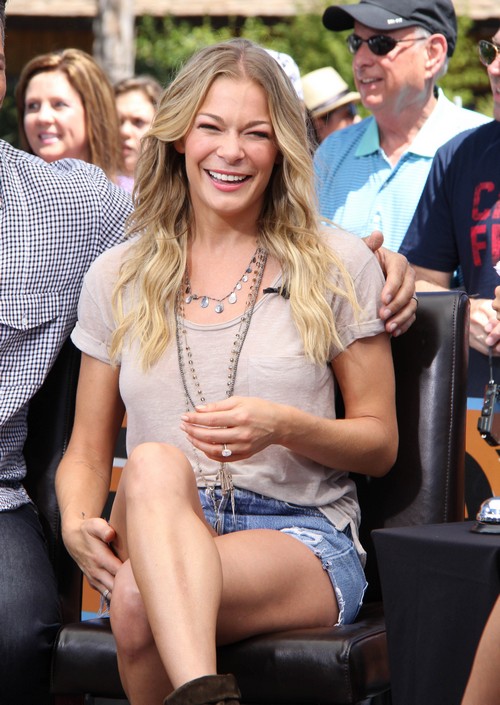 If LeAnn Rimes wants the public to love her, perhaps she should stop reminding them that she’s a homewrecker who ruined Eddie Cibrian‘s marriage to Brandi Glanville. Even though she’s clearly in the wrong in that situation, LeAnn loves to play the victim card, claiming that she was mistreated at the hands of the press due to her actions. Uh… ok?

According to People, LeAnn invited the press over to her house [for the promotion of her new reality show], and explained, “People are always wanting to make it a story of me being a homewrecker and trying to take someone’s kids. They take the love I have for my family and twist it around in some weird, sick way.”

Yeah, the ironic thing is that nobody would ever waste a second calling LeAnn a homewrecker if she didn’t keep bringing attention to that fact. Trust me, most of the general public doesn’t give two shits about LeAnn Rimes or her homewrecking past. Unfortunately, LeAnn keeps reminding everyone of her never-ending feud with Brandi Glanville, which in turn puts the focus back on their history and how LeAnn cheated with Eddie.

If LeAnn truly wanted the press to stop talking about her this way, she should stop giving them ammunition. It’s not that hard – all she has to do is stop antagonizing Brandi on Twitter, and stop bringing up the affairs, Brandi, or the topic of homewrecking in interviews. But of course, if she does that, she’ll have nothing else of interest to keep people’s attention on her and her show.