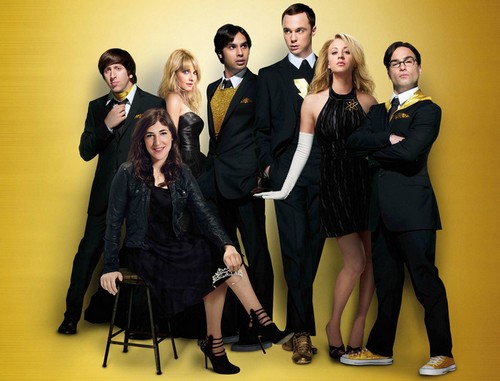 The Big Bang Theory Simon Helberg and Kunal Nayyar are all pledging solidarity when it comes to signing new contracts for the upcoming 8th season.  What does this stalemate do to CBS’ runaway hit show? Well as of now production has stalled with no clear start date in sight. The cast was actually supposed to be on deck for a table reading last Wednesday and obviously that never happened.Is a million bucks a realistic raise for this talented group? Well according to the Aug. 11th print edition of Globe Magazine it might be. The cast of Friends tried the same tactic nearly a decade ago and it worked. By their final season most cast members were raking in $1 million per episode. Is Big Bang’s cast as valuable now as the cast of Friends was back then? It seems to depend on who you ask. Obviously there is no show if they don’t return but some fans feel that the series has been starting to wind down for awhile now and that kind of raise is crazy.

CBS has already conceded that a raise will be inevitable in order to get the cast back to work but do you think that the network will agree to the actor’s steep demands or will they offer a compromise?  Should they pay out that much money, is the show worth it? Do you agree that Big Bang has kind of already jumped the shark and the cast shouldn’t be rewarded for that? Tell us your thoughts in the comments below!