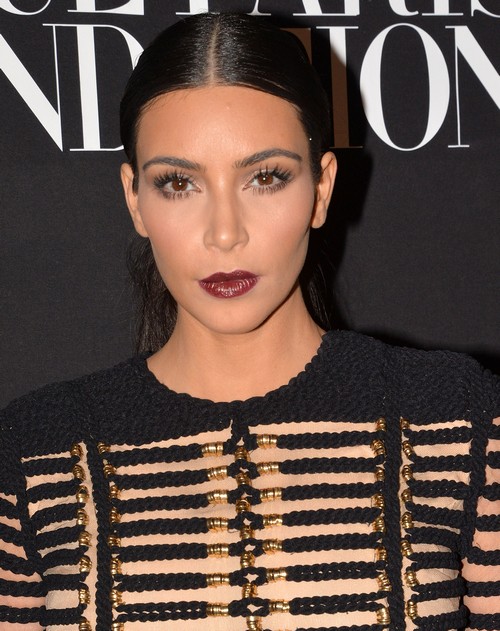 Have you taken a good look at Kim Kardashian lately? I mean a really good look? Have you noticed how when she smiles it’s a blank, expressionless gesture because absolutely nothing on her face moves or emotes anymore?  The fact that Kim has gone overboard is easy to see but even doctors have weighed in on how she has taken procedures intended to fix or enhance features and used them to excess.

According to the Aug. 11th print edition of The National Enquirer even pregnancy didn’t stop Kim from indulging in dangerous practices. Kim didn’t think anything of using injections and fillers even though doctors such as New York cosmetic surgeon Dr. Ramtin Kassir strongly urges against it. “Botox is a no-no because you don’t want any potential transfer to the baby.” Yet Kim still went ahead and destroyed her features while putting Nori at risk.It’s almost surprising that Kanye West married her simply because of his own negative experiences with cosmetic surgery. Several years ago his mother died shortly after a botched procedure and because of that Kanye is said to be completely against cosmetic surgery.  I’m shocked that he has allowed Kim to continue on such a self-destructive path while knowing all too well what the risks really are. Do you think that Kim will ever actually look in the mirror and really see what she has done to herself? Or do you think that she does see it and now procedures happen to try and fix the damage that has already been done? Tell us your thoughts on Kim’s plastic face in the comments below!