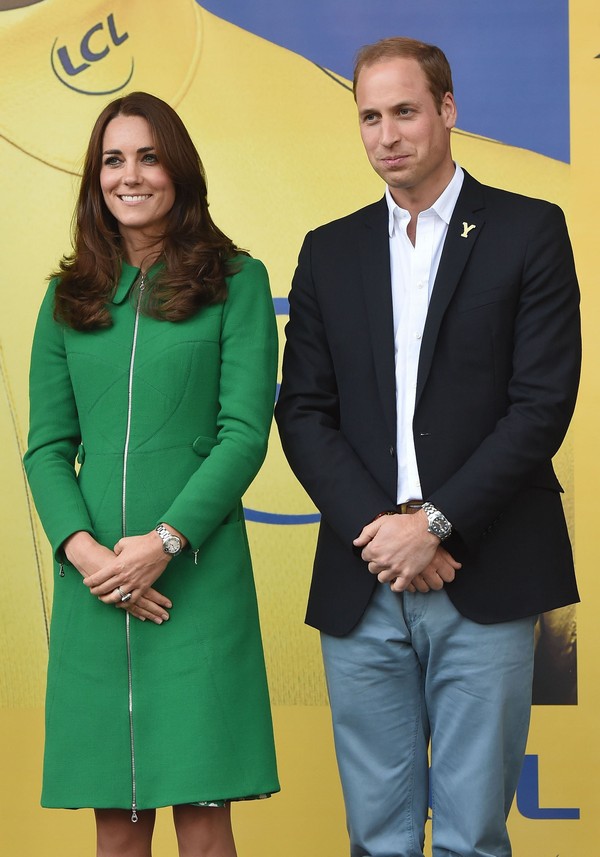 Kate Middleton might be royalty but in many ways she’s just like you and I- there are still celebrities that she would love an opportunity to meet. In her case Angelina Jolie seems to be near the top of her list and as luck would have it, she and Angie will both be visiting Malta at exactly the same time in September. Kate thought that this would be the perfect opportunity to arrange a meeting and when she suggested it to Prince William she was stunned by his reaction.According to the Aug. 11th print edition of Globe Magazine William absolutely forbid his wife to use royal channels to try and secure a meeting next month. When the royals were visiting LA back in 2011 an invitation was extended to Angie and Brad Pitt at the time and they were totally snubbed. That isn’t the only reason why William has vetoed a meeting though. He believes that things are different now and since Kate is a mother as well as on the fast track for the throne she needs to set a better example then cavorting with a formerly promiscuous junkie.

Kate doesn’t exactly like being told what to do so there is some speculation that she could ignore William’s wishes and reach out for a meeting without the royal channels. Do you think that she will abide by her husbands’ wishes or will this be one of those times when Kate will rebel against the greater good of the dignified monarchy?  Should she do as she’s told or cater to that whimsical side that wants to meet a celeb? Tell us your thoughts in the comments below!