Jennifer Garner Is Not Pregnant With Fourth Child, Says Her Rep 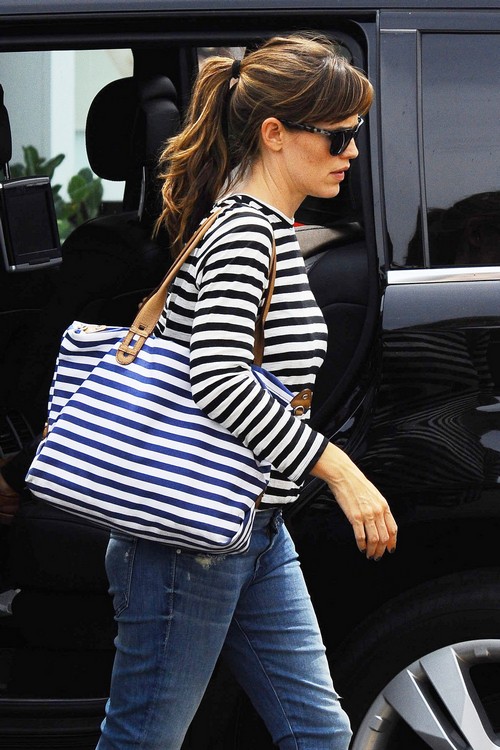 Jennifer Garner‘s rep is denying that Jennifer is pregnant with her fourth child, even as the pregnancy rumors heat up in the tabloids. A few days ago, Jennifer was spotted sporting a suspicious-looking bump on her stomach, which many people immediately assumed was a baby bump. Never mind that it could have just been a bad angle, or the wind blowing her shirt outwards.

On the one hand, even with the ‘bad angle’, there’s no denying that Jennifer’s gained some weight. But she’s also not working consistently and she’s taking care of three children, so let’s cut the woman some slack. She’s not a superhero, and by Hollywood standards, she really is quite hands-on with her kids. She doesn’t hire a battalion of nannies and help, and she’s had to make a few sacrifices in her career to take care of her family.

Ben Affleck even recognizes that, and he recently explained in an interview, “Over the past 10 years she has allowed me to have a stable home life while accomplishing my professional goals.” Yeah, by getting pregnant and taking care of the kids while you gallivant around Hollywood, making out with other actresses and making movie after movie.

Now, Ben and Jennifer did admit that after the birth of their son, they weren’t looking to have any more kids. But these happy accidents tend to happen a LOT, and who’s to say that it didn’t happen again? The timing is odd because according to recent reports, Jennifer and Ben haven’t been on the best of terms recently – ever since he relapsed into his gambling addiction. But hey, if she’s pregnant, we will definitely find out sooner or later.