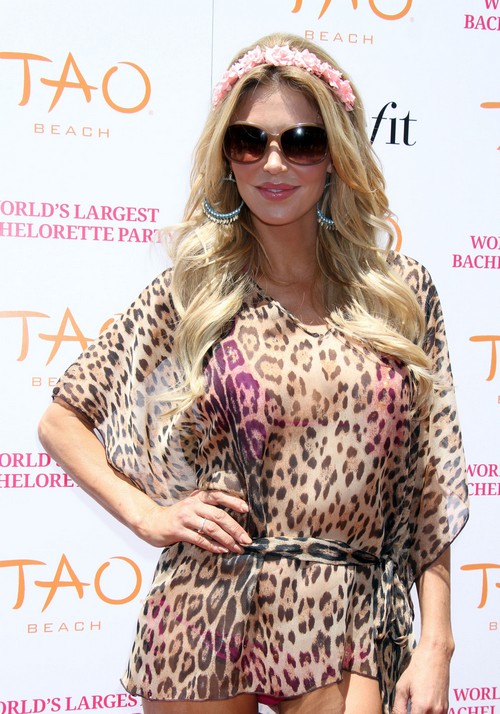 LeAnn Rimes‘ and Brandi Glanville’s feud has entered into the reality star hall of fame, but LeAnn is still insisting that she and Brandi have limited communication or contact.

In a recent interview to promote her new VH1 reality show, LeAnn and Eddie, LeAnn explained, “We actually don’t speak, really. Eddie [Cibrian] and her talk over email about the kids, but other than that– no. She’s free to say anything she wants, and she does. So she’ll talk about it, eventually.”

Again with the underhanded jabs. Geesh. If anything, LeAnn’s the one who’s constantly using Brandi’s name to get herself in the spotlight, not that Brandi’s that much better. But this is yet another example of LeAnn indirectly calling out Brandi in the media, for the sole reason of increasing her own publicity. LeAnn knows better than anyone that the best way to get the media caring about her is to either discuss her affair with Eddie or to discuss her feud with Brandi, and so, she’s doing both.

To be fair, this is one of the better responses that LeAnn has given to this question. She usually ends up ranting and raving about how she’s so much better than Brandi, but she didn’t do that here. Either she’s actually gotten some proper PR lessons, or she’s finally understood that it’s not going to endear her to her fans to keep badmouthing her rival. Or maybe the VH1 network executives banned her from saying anything too incendiary in interviews, which would account for why she’s been much more demure lately.

What do you guys think of LeAnn’s comments? Let us know your thoughts below.