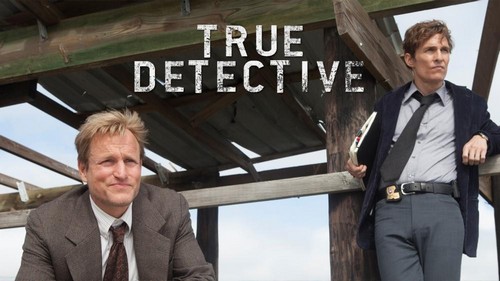 True Detective fans will be absolutely thrilled to learn that some serious spoilers from season two have leaked online. The eight episodes of season one wrapped up last March and both Woody Harrelson and Matthew McConaughey won rave reviews for the critically acclaimed series.  Season two will be coming to HBO with a much different look thanks to an interesting cast.

According to The Wrap season two’s story line will revolve around the murder of a corrupt city manager somewhere in Southern California and so far the rumored cast looks to be pretty awesome.

Colin Farrell will portray Ray Velcoro, a messed up  detective who has been through a disastrous personal and professional life so far.  Taylor Kitsch will play a 28-year-old military veteran named Paul Woodrugh, who has seen a great deal of of violence and destruction in his young life. Elisabeth Moss, fresh off of her Mad Men success has signed on to play Ani Bezzerides, a Monterey sheriff whose troubled life has driven her to gambling and alcohol.Vince Vaughn is cast as Frank Semyon, a former thug-turned-businessman who’s conducting a shady deal with a local mayor and his political cohorts regarding construction of a high-speed railway system that links Southern California to Northern California. Michelle Forbes is also rumored to have been cast in a pivotal role for season 2 of True Detective.

Nic Pizzolatto the creator of True Detective isn’t commenting on the validity of these rumors and neither is HBO. If they were completely off the mark then it seems likely that someone would have spoken up to shoot them down don’t you think?  What are your thoughts on the possibility of Colin, Elisabeth and Vince joining this already beloved show? Tell us your thoughts in the comments below.