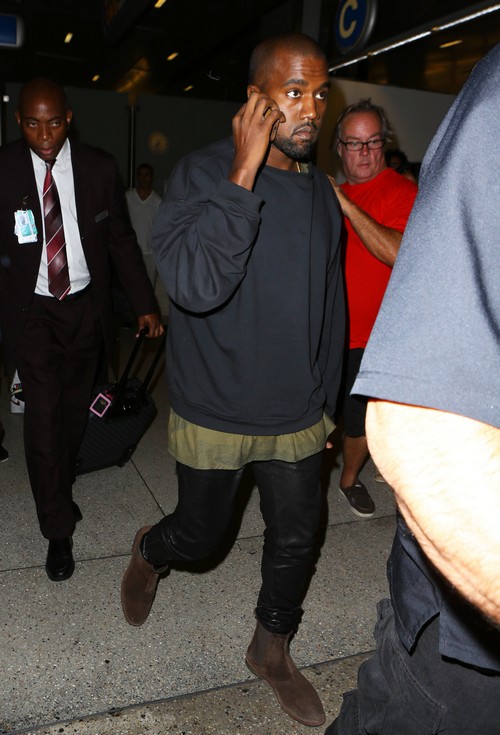 Kanye West continues to rant and rave about everything under the sun, but his worry for his daughter, North West, does seem genuine. However, he does sound a little off his rocker when he claims that paparazzi drones have been following his baby daughter, North West.

In the ongoing lawsuit regarding the paparazzi attack, Kanye told the opposing counsel that his daughter had been followed by paparazzi drones during her swim lessons. He reportedly said, “Wouldn’t you like to just teach your daughter how to swim without a drone flying? What happens if a drone falls right next to her? Would it electrocute her? Could it fall and [hurt her] if that paparazzi doesn’t understand how to remote control the drone over their house?”

Seriously? And then he follows that up with, “I’m the smartest celebrity you’ve ever f*cking dealt with. I’m not Britney Spears.” Talk about delusional. Kanye is continuing to put his foot into his big mouth, and making grandiose statements that couldn’t be further from the truth. If he was so smart, he would know better than to think that the drones would electrocute his daughter. First of all, the US military is spending millions of dollars sanctioning the use of drones in their military efforts, and Kanye thinks the paparazzi have somehow managed to get their hands on them and use them to get pictures of his daughter? Pictures that wouldn’t even net them $100,000, mind you. A drone is probably 50 times that amount, so the financial aspects of his allegations already seem skewed.

What do you guys think about Kanye’s accusations? Let us know your thoughts in the comments below.