Kris Jenner Betrayed And Cut Off By Her Daughters – Report 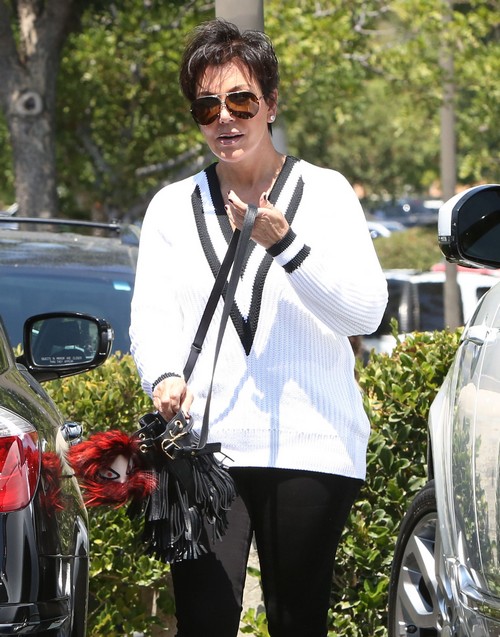 Kris Jenner has reportedly been betrayed and dumped by her daughters. Honestly, this has been a long time coming. How did those girls manage to deal with a mother who kept telling them to get nose jobs and who forced them to pose for nude photoshoots and make sex tapes? Kris has been doing nothing but manipulating her family for the last ten years, and it was only a matter of time before they railed back.

According to OK! Magazine’s source, “They have had enough of her controlling ways. They used to talk every day, but now she can’t get any of them to return her calls. Each daughter has her own issues with Kris.”

The best part is that none of the girls need Kris anymore, and in fact, all of them probably have more pull and more power with the media than Kris does at this point. Kim Kardashian herself is significantly more famous than Kris, and honestly, Kris would never have been able to start her Kardashian business brand without Kim’s sex tape.

The source also adds that Kris is not taking this ‘betrayal’ lightly, explaining, “Kris is a mess. She wails that she’s been betrayed by her kids, but they think she’s only upset because she’s scared they’ll drop her as their manager.”

Yeah, that’s probably at the top of her list. Betrayal? Puh-lease. She’s worried about the money and her career, not the fact that her kids hate her guts. If she was worried about that, then she would have worked harder to be a good mother to them, not spend her time using them to further her own gains.