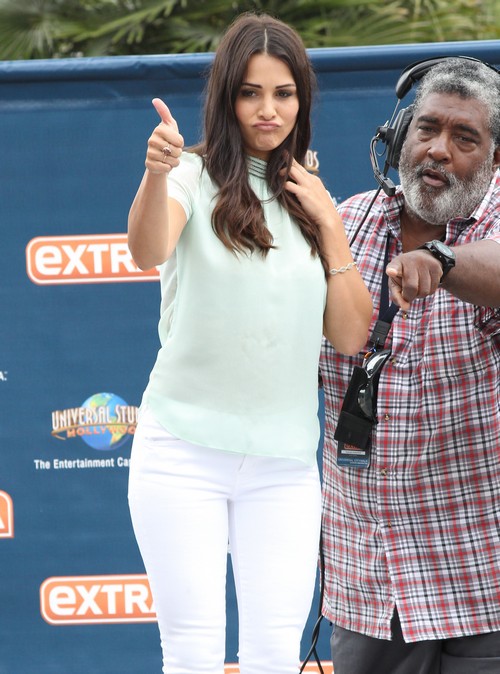 Oh, this is hilarious. Andi Dorfman covers the latest issue of Jezebel Magazine, and she claims that being famous ‘sucks’. Uh-huh. Sure. Does anyone really buy Andi’s claims that she doesn’t enjoy the spotlight? She was on the freaking Bachelorette, for goodness sake.

She explained,”Honestly, it sucks because I can’t read [tabloid] magazines the same ever again. Now I know how falsified they are. First I’m pregnant; then I’m on The View; then I’m on Dancing with the Stars — that’s a heavy schedule right there.”

Again, let me repeat: she was on THE BACHELORETTE. It’s not like she didn’t know what to expect – didn’t she see the way the other Bachelors and Bachelorettes were treated after their seasons wrapped up? She knew full well what she was getting into, and her idiotic complaining only serves to make her seem even more fake.

Besides, I wouldn’t be surprised if it was her people leaking all those rumors in the first place. Pregnancy, The View, Dancing with the Stars – these are all moves that ex-Bachelor and Bachelorette alumni have made, and so it’s not out of the realm of possibility that she was considering them. Oh, but Andi wants to be an Actress, and she probably considers all those other shows beneath her. It’s so ironic that an ‘actress’ who used The Bachelorette to get famous is complaining about the tabloids. It’s not like she doesn’t have experience with making up things, since we all know that the Bachelorette is 90% faked anyway.