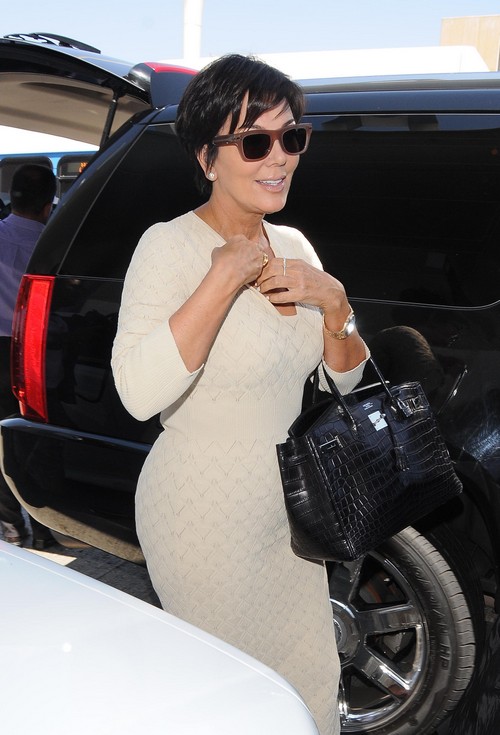 Apparently, running a massive media empire and famewhoring her daughters isn’t enough for Kris Jenner. No, she has to go and write a cookbook as well, although the success of that cookbook is entirely contingent on her family’s brand name. People aren’t as interested in the Kardashians as they were a few years ago, and they’re even less interested in the Kardashian matriarch.

Plus, there’s also the fact that Kris doesn’t even cook. A new report from Star Magazine confirms as much, plus calls out Kris for writing a cookbook even though she barely steps foot in the kitchen.

Star’s source explains, “Kris doesn’t cook! She hires chefs or orders takeout. She may have slopped together a meal at some point, but she has no business releasing a cookbook. Everyone who really knows Kris knows the cookbook is a huge joke.”

Well, most reality stars or celebrities who need a quick bit of cash usually turn to releasing cookbooks, for some odd reason. Kate Gosselin did it, Pippa Middleton did it, and now Kris Jenner is doing it. I really don’t think anybody in their right mind is going to buy this book, but the publisher clearly has faith that Kris at least has SOME fans that are willing to spend money on a cookbook ‘written’ by Kris Jenner. Then again, I’m equally certain that whoever actually wrote the cookbook is probably talented enough to have been hired for the job, and so maybe the book itself isn’t a complete waste.

Prev Next
44 Comments
Leave A Reply
Cancel Reply
For All The Alaskan Bush People News!