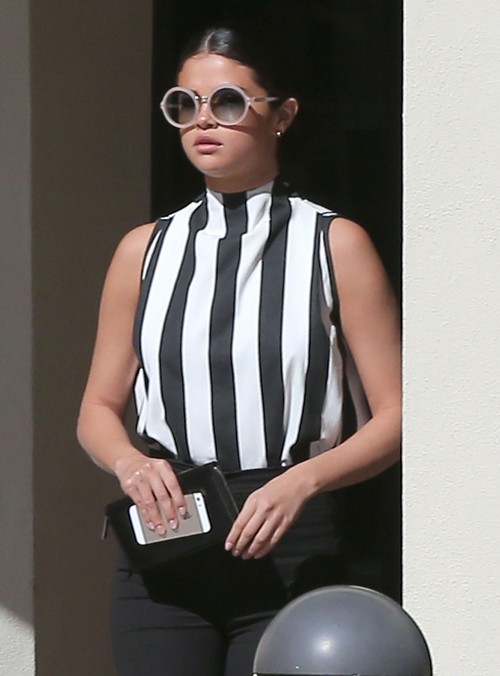 Selena Gomez and Justin Bieber broke off their on-again/off-again relationship last month, and since then, Selena’s been linked to everyone she’s been spotted with. Male models, fellow actors, fellow musicians, and now, Cara Delevingne. I suppose it was only a matter of time before the tabloids tried to turn Selena into a lesbian, since that’s the one story that has yet to be published about her.

OK! Magazine claims that Selena and Cara have been spending a lot of time together, and in tabloid world, that means DATING! Granted, maybe Selena and Cara are dating – or perhaps they hooked up once or twice, and have decided to take things slow. We really don’t know for sure, and all we do know is that Cara and Selena have been partying a LOT together.OK!’s source claims that ‘it seems’ like Selena and Cara are in a ‘real’ relationship, but what does ‘seems’ really mean? They’re posting selfies and pictures together while partying and vacationing, but that’s common norm for friends to do. They’re not really acting like a ‘couple’, and thanks to Cara’s relationship with Michelle Rodriguez, we know how she acts when she’s actually dating someone. Thus far, I wouldn’t venture to say that she and Selena are dating, just that they’re two young girls with a lot of money having fun on vacation. Maybe a little too much fun, but that’s another discussion for another time.

What do you guys think? Are Selena and Cara dating? Let us know your thoughts in the comments below.