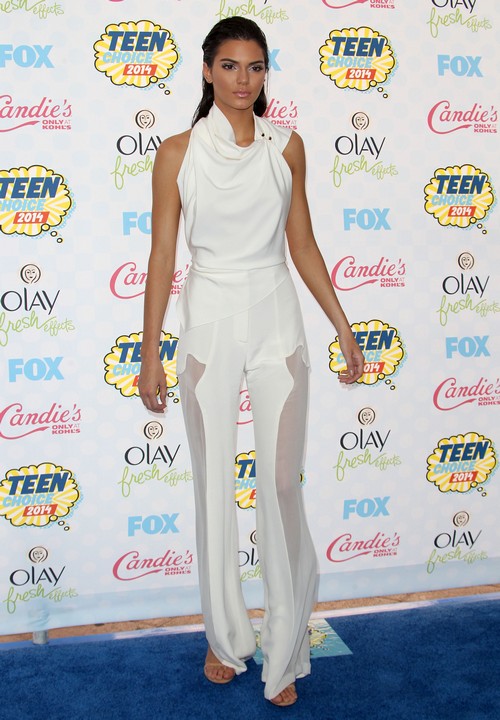 Kendall Jenner finally reveals her true nature, the inner diva-ness that’s ingrained into each member of the Kardashian family and is always threatening to come out. We already know that Kendall is one of most entitled teenagers in the world right now, especially with her modeling career and book deals. And she also doesn’t have the respect nor the hard work to back up her success, which means that she expects everything to be handed to her on a silver platter. And even though Kendall just turned 18 years old, that also means alcohol.

Granted, she’s used to getting booze with her family, so she probably doesn’t think it’s a big deal. But is that any excuse for not tipping a waitress after she refused to serve her alcohol?Kendall was reportedly dining at the Mercer Kitchen in NYC last Monday, but tried to ‘dine and dash’ after the waitress didn’t give her any booze. A source told the NY Post, “Kendall got up and left and didn’t pay for all the food . . . about $60 worth, and without a tip.”

The waitress realized that Kendall tried to leave without paying, and then tracked down Kendall on foot to get the money. But when she caught up to Kendall, teenage reality star wasn’t too happy. The source adds, “Kendall took a couple of $20 bills out of her wallet, threw them at the server and walked away, not even counting if it was enough or if it included a tip .”

Oh. my. god. The waitress even tweeted about it happening like that, so we know nobody’s making this up. Of course, Kendall’s rep has already tried to deny what happened, but we have proof from the actual waitress and eyewitnesses so nice try. It just proves what we already know – the Kardashian girls are horrible people, and don’t deserve to have the success that they do.