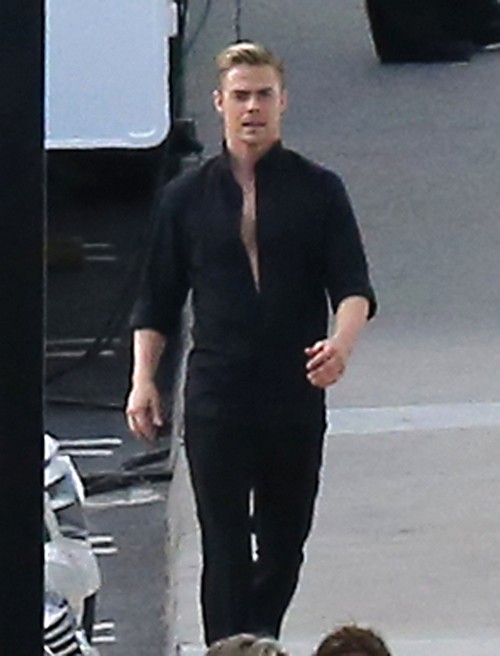 Dancing With the Stars’ Derek Hough and Mark Ballas act like real brothers. They not only grew up together in the ballroom dance world but for several years Derek and his sister, Julianne Hough, actually lived and trained in London with the Ballas family. Last year Julianne spoke about her childhood and shocked fans by telling a story of abuse and growing up way to quickly. Now it seems that Derek is telling a similar story.

According to the Aug. 18th print edition of Globe Magazine, Derek has started to open up about his childhood and as it turns out, his years in London were no better than his sisters. In his new autobiography Derek tells several stories about Shirley Ballas, Mark’s mother, just how cold and violent she could be. She once caught him smoking and proceeded to crack Derek across the face. As he put it, she was not the kind of person you chose to cross because there was always a penalty.

Sickness was not allowed in the Ballas home. Everything was about dance and training hard. Even with a fever Derek says he would be given a cough drop and put on the train to practice at the crack of dawn. While some may question the validity of Derek’s statements you have to remember Mark is still his best friend. If he was badmouthing his mother and spreading lies I’m pretty sure they wouldn’t be so close, don’t you think? Are curious to see what else Derek has to say, will you be buying his new book? Tell us your thoughts in the comments below!