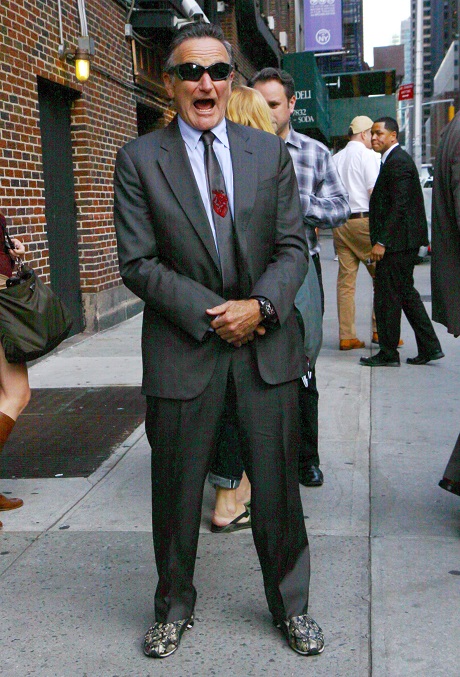 His media representative Mara Buxbaum made this statement to CNN; “Robin Williams passed away this morning… he [had] been battling severe depression of late. This is a tragic and sudden loss. The family respectfully asks for their privacy as they grieve during this difficult time.”

As shocking as this news comes to all of us, sadly the writing was on the walls and none of us saw it. We reported on Williams’ recent stint in rehab, and then noted the official reason given for the stay as a standard deceptive statement of a publicist. It is with a heavy heart that we come to the realization of just how right on point we were. None of us here at CDL expected something like this to happen. With celebrity personalities, it has become the norm to witness drugs wreak havoc on their lives in the media and stay around until the story develops to how they ultimately overcame or succumbed to their drug demons. This is an ending no one wants to see.

Robin Williams fought long and hard with sobriety. Known for his cocaine binging and alcohol consumption in the 80’s, Williams managed to stay clean and sober for 20 years. It was around 2006 when he first re-entered rehab and it seems apparent the battle has raged on within him ever since. Anyone who knows of a loved one or who has personally battled substance abuse issues knows that accomplishing 20 years of sobriety is not an easy feat. Whatever triggered his relapse must have been a monstrous obstacle that he ultimately just could not avoid.

As we reminisce on the wonderful life of Robin Williams and the joy through laughter that he brought to us all, let us not ever forget how precious this life is. Suicide should never be an answer. In this case, Williams’ death is also a reminder that depression is a deadly and serious disease that can claim the life of anyone. If you or someone you know is experiencing suicidal thoughts, there is help out there. Call the National Suicide Prevention Lifeline at 1-800-273-8255 seven days a week, twenty-four hours a day.

Robin Williams will continue to live on and brighten our lives through the vast body of creative work he left behind. My personal favorite that I will be watching this weekend is “The Birdcage” where he starred alongside Nathan Lane. What movie will you watch of his to celebrate his life? Feel free to share your thoughts on the life and death of Robin Williams in the comment section below, we want to hear how you wash this all out. May Robin Williams rest in peace.