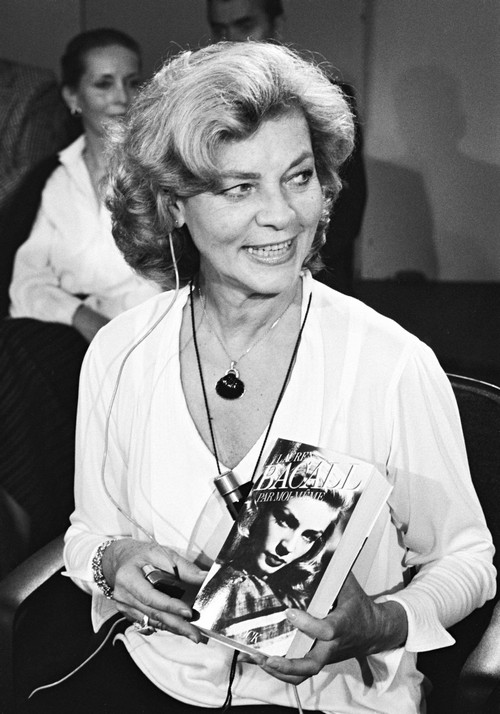 On the heels of the tragic loss of Robin Williams, Hollywood has lost another legend, the tough-as-nails Lauren Bacall. The actress died on Tuesday in her New York home after a massive stroke.

Starring in over 40 movies since her first in 1944, Bacall’s career spanned many years and included some television cameos, and several years on Broadway. Bacall’s son Stephen confirmed her death adding, “Her life speaks for itself,” reports the New York Times. “She lived a wonderful life, a magical life.”

Bacall starred in numerous films, including, Key Largo, The Big Sleep, Dark Passage, and To Have and Have Not. She will forever be known, however, as the other half of Humphrey Bogart, both onscreen and off. The two starred together in several movies, marrying one year after their first film. They remained married from 1945 until 1957, when Bogart died of cancer. Bacall would later have a brief engagement to Frank Sinatra, until she married Jason Robards, though that marriage ended in divorce. She had two children with Humphrey Bogart and one more child with Robards. Despite remarrying and moving on in her career as well, she carried the “Bogie and Bacall” persona until she passed. She didn’t seem to mind, however, as Bogart was truly the love of her life.

In an interview with the Associated Press in 1999 she shared, “I was so blinded by Bogie I couldn’t think of anything else. All I thought of was being with him. He didn’t ask me not to be an actress. But he said he had been married to three actresses and their careers always came first. If I wanted a career that badly, OK, he would help me as much as he could, but he wouldn’t marry me. I had to promise to put our life together first. That’s what I did.” In another 1999 interview, Bacall told Newsday, “I’ll never get away from him. I accept that. He was the emotional love of my life, but I think I’ve accomplished quite a bit on my own.” Indeed. Bacall studied ballet, finished high school at 15, and took Saturday morning acting classes for four years at the New York School of the Theatre before becoming a model and being discovered.

Lauren Bacall is a true legend who has paved the way for many actresses that followed in her footsteps. She will be missed.