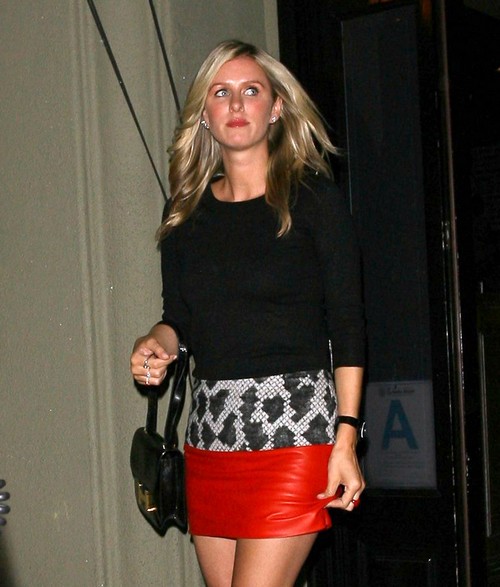 Ten years ago, I don’t think anyone would have thought that Nicky Hilton was going to get engaged, much less to a respectable banker. However, new reports confirm that Nicky and her banker boyfriend, James Rothschild, are engaged!

US Weekly’s sources claim that James proposed to Nicky at Lake Como this past weekend, while the couple was on vacation. Lake Como is also known as George Clooney‘s second home, and it’s actually a popular destination spot among many celebrities – probably for the privacy it provides them, and the natural shield against paparazzi.

Anyway, Nicky and James have been going out for a long time, having met at a wedding in 2011 and dating steadily since then. Again, ten years ago, the idea of Nicky going steady with anyone seemed like an outlandish tale. She was renowned for her excessive partying and her heiress trappings, but everybody grows out of that stage right? Nicky and her sister, Paris Hilton, have been laying low for many years now, and have come out of it looking like adults who have their lives in order.

Plus, Nicky and James’ engagement shouldn’t come completely as a surprise, especially to people who knew them. US Weekly’s sources added that James actually flew from London to Los Angeles to ask Nicky’s parents for her hand in marriage, with the source explaining, “He took her out on a boat into the middle of Lake Como and he proposed, got down on one knee and everything. It was incredibly romantic and beautiful.”

Clearly, Nicky’s parents agreed to the marriage since Nicky and James did end up getting engaged. Congratulations to the couple!