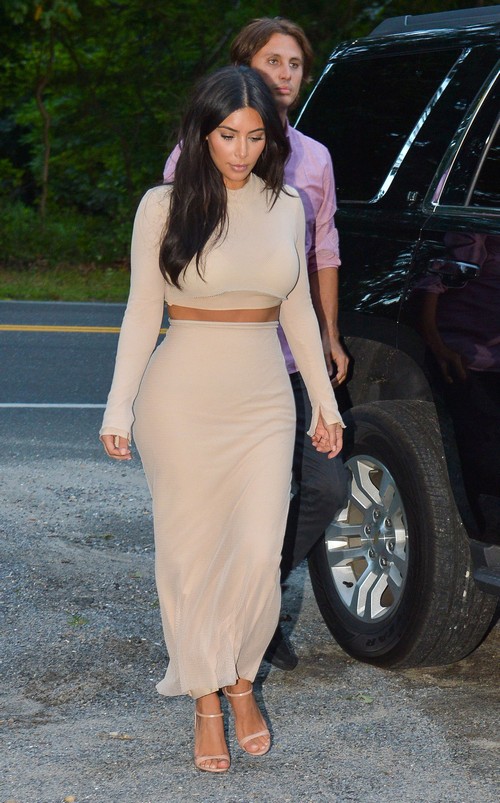 Kim Kardashian’s and Beyonce‘s feud has gotten worse, especially in the wake of Kim revealing Beyonce’s divorce news on national TV. Kim was a guest on Watch What Happens Live with Andy Cohen a few days ago, and through her wishy-washy answer, she pretty much confirmed that Beyonce and Jay-Z were getting divorced. Obviously, that hasn’t endeared her to Beyonce, who already hates her guts.

In Touch Weekly also claims that their feud has ‘exploded’, adding, “Kim thinks Beyoncé’s a fake, and that the real Beyoncé is nothing like the one the public knows. Now that Jay and Beyoncé’s image is under fire because of their marriage troubles, Kim doesn’t think she has to tiptoe around her rival anymore. Not showing up for the wedding was a total slap in the face. And now Kim’s not afraid to call her out on it.”

Basically, this whole issue stems from the fact that Beyonce didn’t attend Kim’s wedding, and that she also didn’t let Jay-Z attend. Kim’s ego took a huge hit with that, even though she was delusional if she thought that Beyonce and Jay-Z were ever going to attend in the first place. Seriously, she claims that they cancelled at the last minute, but she’s only saying that because she doesn’t want people to know that Beyonce and Jay-Z NEVER had any intention of coming to the wedding.

And now, she’s harping on about Beyonce and name-dropping her in every other interview, even as Beyonce has more important things to worry about. But does Kim care about that? Puh-lease, she’s just bitter and angry that Beyonce deems her too lowly to spend time with her, and this is her method of revenge: tabloid leaks and incessant name-dropping.