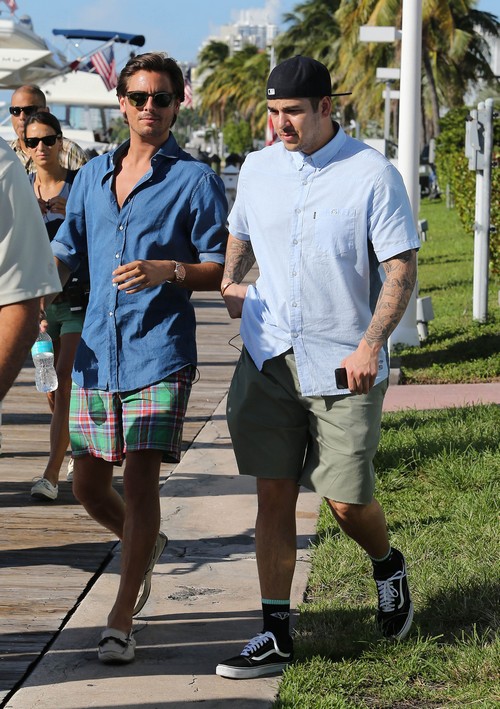 Wow how the mighty have fallen. Okay, maybe mighty isn’t exactly the best descriptive word for the Kardashian family, but whatever it is that they used to be- they are a shadow of it now. If you go back in time even just a year or two they had a series of successful reality shows, merchandise flying off the shelves in various places and relationships that were kind of sort of okay. Now it’s just a big hot mess with Keeping Up With the Kardashian‘s ratings circling the drain, endorsement deals disappearing and love lives running cold.Instead of pulling together to put into place a great game plan the Kardashian’s are for the most part self-medicating, separately. Rob Kardashian reportedly blames success for ruining his once tight knit family and he rarely leaves the house. Instead Rob self medicates with pills, sizzurp and food. Khloe Kardashian suffered a crushing end to her marriage to Lamar Odom and while at first she was working through a lot of her pain in the gym, once she met French Montana all bets were off. Now she throws back Champagne during the day before getting totally wasted with her rapper boyfriend at night.

Scott Disick is Kourtney Kardashian‘s wild card baby daddy. Both of his parents died unexpectedly in the last year and Scott has handled it the same way that he does everything else- by drinking until he passes out. He was supposedly treated for alcohol poisoning earlier this summer but still hasn’t gotten himself together. According to the Aug. 25th print edition of Life & Style Magazine it’s almost a race between Rob, Khloe and Scott to see who will and in rehab first. All three are in serious need of treatment as is momager Kris Jenner who is rarely caught without a glass in her hand. Do you think that any of the Kardashian crew will decide on their own to get better? Or is some more tragedy around the corner for them as they continue playing with fire? Tell us your thoughts in the comments below!