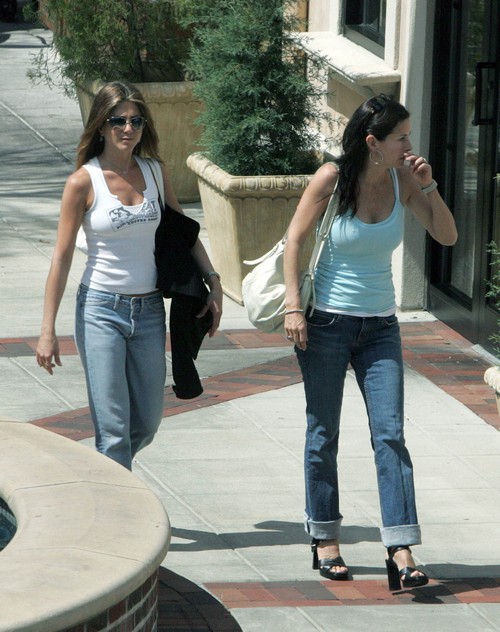 Remember back when Jennifer Aniston and Courteney Cox were very best friends? They worked together, played together and referenced each other constantly even if they were apart. Over the years we have watched a chill form between Jen and Courteney and even though it seems to have thawed they are clearly not in the same cozy place that they once were in.

Jen recently talked on the record about feeling sorry for aging actresses that take desperate measures in Hollywood to try and preserve their youth. She said, “I’m grateful to learn from their mistakes because I’m not injecting s**t into my face. I see them and my heart breaks.” While Jen’s comments reek of an honest reaction to bad plastic surgery and going over board with injections, some thought it was intended to be a direct shot.According to the Aug. 25th print edition of Star Magazine Courteney has never been shy about her Botox injections and multiple procedures to try and turn back that proverbial clock. Those close to both ladies think it was pretty obvious that Jen’s comments were a thinly veiled swipe at Courteney’s love of her plastic surgeon and the havoc that it has wrecked, especially on her face. Chelsea Handler, another of Jen’s close friends was also rumored to have been insulted by the remarks because she’s no stranger to tweaking things either.

Do you think that Jen purposely took a shot at Courteney or did her comments just so happen to also apply to her? Do you think that their friendship is once again on rocky ground? Tell us your thoughts in the comments below!