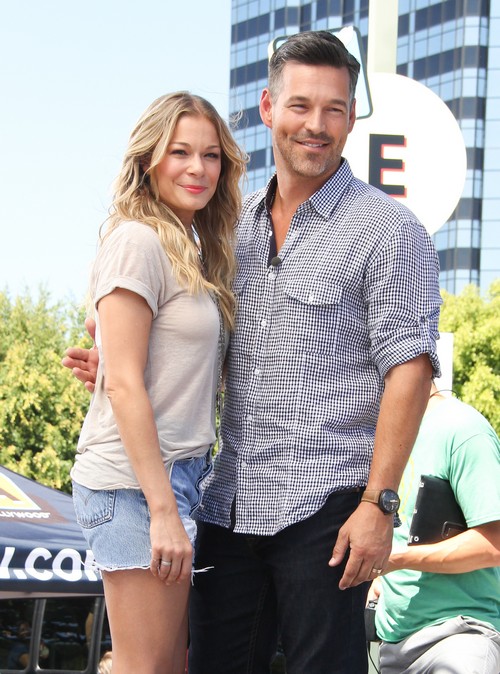 LeAnn Rimes and Eddie Cibrian lied again? I know, you’re absolutely shocked at the concept right? The couple recently decided to open up the doors to their home and allow VH1’s cameras to follow them through their slow-paced lives. The whole point of this project was to convince the audience that LeAnn and Eddie are actually a sweet couple that belong together. Supposedly we all have the wrong idea about them since they first hooked up while married to other people and this show was going to prove that.Obviously, if you have suffered through even 30 minutes of LeAnn & Eddie then you already know that at best the show is boring and there is nothing at all about these two that makes them reality television show worthy. We don’t like them any more now than we did last spring, or three years ago so the grand mission here is an epic fail. But how about that palatial house that they live in? With the three-story elevator and infinity pool- it’s the kind of place that I actually wondered how they could afford.

According to the Aug. 25th print edition of The National Enquirer the answer is pretty simple, they can’t afford it. That stunning home is 13 miles from their real house in Hidden Hills, CA. LeAnn and Eddie decided to rent this place for filming because they wanted to present an image of total glamour and luxury and they figured no one would ever figure out the truth. Unfortunately most lies find a way of leaking out and now that this one has it just lands atop the pile of untruths that these two have told over the last few years. Do you wish that LeAnn and Eddie would just kind of disappear for a little while or better yet for good? Tell us your thoughts in the comments below!