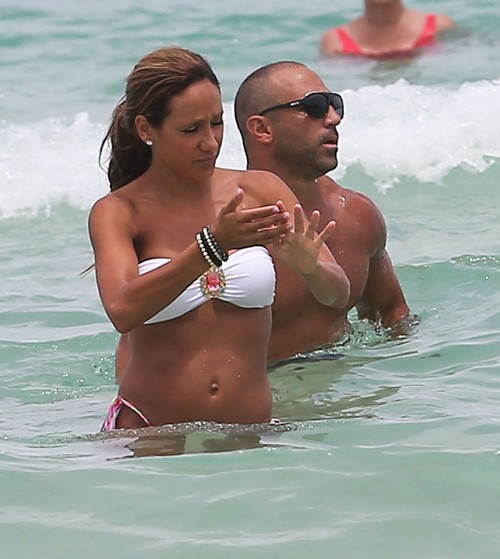 So much time has been spent going over Teresa and Joe Giudice’s shady behavior that it leaves The Real Housewives of New Jersey fans little time to really contemplate the rest of the casts’ resources. While the Giudice’s have already admitted to their criminal activities they aren’t the only ones who are now grabbing headlines for their sketchy behavior. Teresa’s brother, Joe Gorga and his wife Melissa Gorga are also raising some eyebrows. In a recent episode of RHONJ the it was revealed that the couple now owns a document shredding business, something that is more than a little ironic, all things considered.

Fans of the show know that Melissa is really materialistic but certainly has no intention of working for a living. All of the financial responsibility is on her husband’s shoulders and according to the Aug. 25th print edition of Star Magazine Joe has resorted to dishonest measures to keep Melissa driving that Bentley. Apparently he has borrowed large sums of money from friends, family and even his own employees with no intention of repaying anyone. It has caused tension with his building crew and caused dissension among former employees.Probably the worst part is what Joe has done to his own parents. In 2007 Joe convinced Giacinto and Antonia Gorga to move into a smaller property and then took out a $500,000 mortgage in his fathers name. He also talked his father into taking out a $100,000 line of credit. None of these debts have ever been repaid and it is part of the bad blood that sits at the root of the Gorga and Giudice family feud. Teresa rightfully feels that her parents were swindled just so that her brother could cater to Melissa. I guess when you look at it that way, she has a bit of a reason to strongly dislike Melissa, right?

Rumor has it that eventually Joe’s bad business practices will catch up with him and he will find himself fighting for his freedom just like Teresa now is. Do you think Joe will end up in just as much trouble as the Giudice’s? Tell us your thoughts in the comments below!