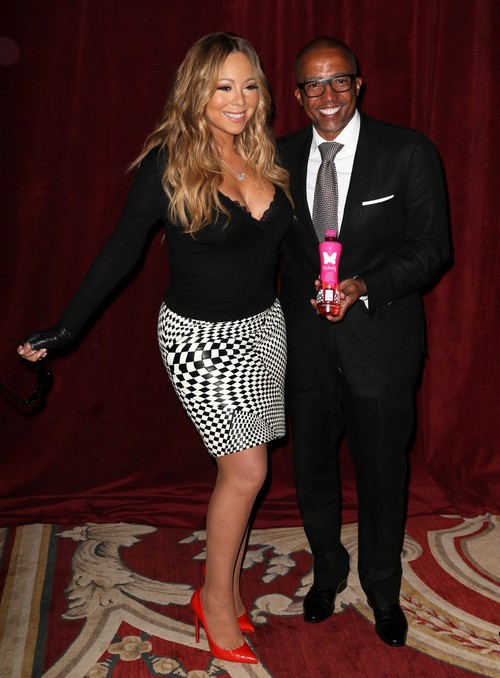 Even though Mariah Carey and Nick Cannon have been living separately for the past few months, Mariah still rules their marriage with an iron fist. Never mind the fact that the couple is about to divorce – according to Nick, he’s been banned by Mariah from discussing their divorce in public.

According to TMZ, Nick signed a confidentiality agreement that bans him from discussing the split. So although he confirmed that he and Mariah had been living apart and that there was ‘trouble in paradise’, he couldn’t elaborate any further. Plus, the agreement stipulates that Mariah has the right to break the news of their divorce in any ‘official’ announcements, if she so chooses.

We’d already discussed the reasons behind Mariah’s and Nick’s divorce, which included Nick’s affair with Kim Kardashian [years ago] and Mariah’s insecurity and jealousy. Their marriage has been in trouble for the past few months, but with the imbalance of power in their relationship, of course Mariah would get what she wants. If the rumors are true and Nick did cheat on her during their marriage, then Mariah might be holding custody rights over his head in order to get him to agree to all of her stipulations.

It would explain why he’s just blindly agreeing to let her have the control, and why he’s letting her dictate the terms of their divorce. He has mentioned multiple times that anything he’s doing, he’s putting his kids first. So it’s possible that he’s just letting Mariah have her way in order to keep their conflict to a minimum, which in turn would affect his kids.