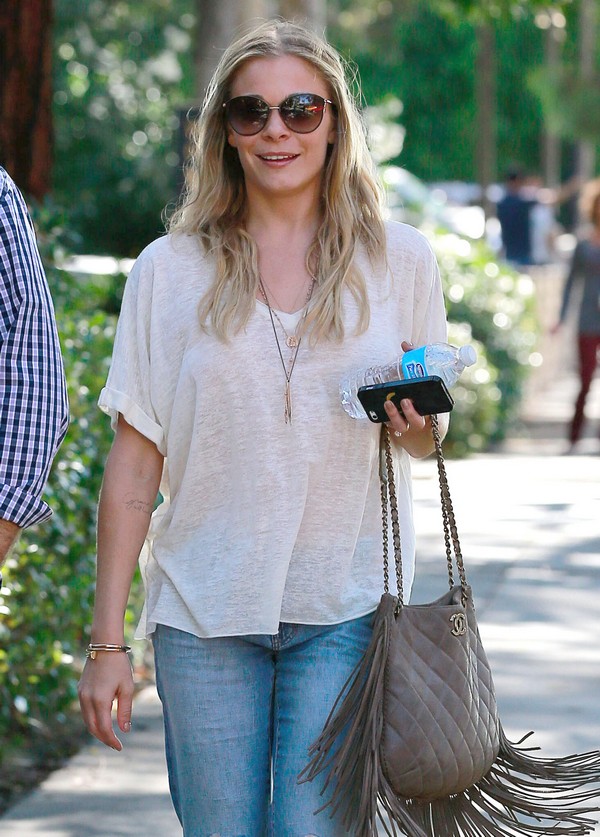 LeAnn Rimes and Eddie Cibrian are not bastions of smart financial living, which is why it’s likely that they’ll run out of money sooner rather than later. In a new report from Star Magazine [via Celebitchy], LeAnn apparently lets Eddie keep all the money from their reality show LeAnn and Eddie, because she thinks it will boost his self-esteem to have his own income source.

Star’s source explains, “She wants Eddie to have money of his own. She thinks it’s a good way to boost his self-esteem and make him feel like he doesn’t have to rely on her.”

Translation: LeAnn desperately wants Eddie to stay with her, and she’ll do anything to make that happen. And while LeAnn may not be in dire financial straits thanks to her recording ‘career’, Eddie probably shouldn’t rely too much on that income from the show. The ratings have been dropping steadily since the premiere and neither fans nor critics have shown it much love – I’d give it another few episodes before VH1 cancels it permanently. And then where will Eddie be left? Humiliated and once again coming second to LeAnn.

Of course, I also wonder just how much money LeAnn has stored away from her recording days. It’s not like her music is selling all that much these days, and she’s known much more for her reality show shenanigans than she is for her musical career. If the show does get cancelled soon, I have a feeling LeAnn and Eddie will resort to selling stories about themselves to the tabloids to make some money – oh wait, they already do that.