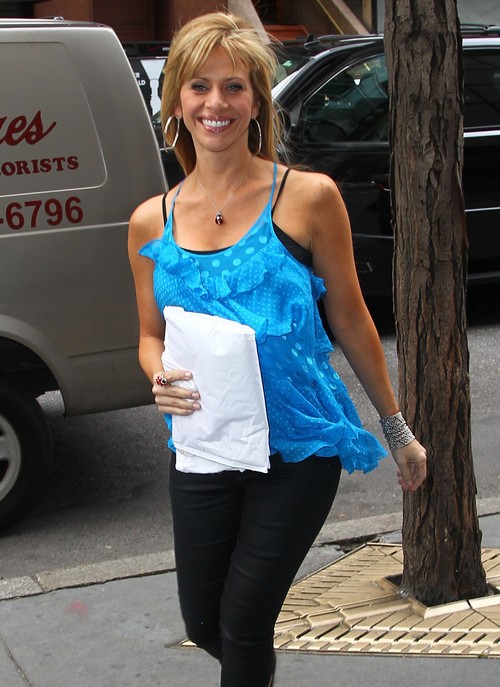 When Bravo execs put a dealBravo on the table to bring back Dina Manzo to The Real Housewives of New Jersey they also agreed to fire fan favorite Jacqueline Laurito. I think many viewers were kind of baffled by that move, especially since Jacqueline was maybe the most relatable of everyone. She takes care of her autistic son and had been very honest about her struggles with him. She also had plastic surgery on camera and allowed the fans to see her looking less than perfect.

Still Bravo believed that Dina would boost ratings especially since her life has changed. She’s no longer married and has a college-aged daughter which means this is a new phase in her life. The problem is that no one seems to care. Dina’s scenes are boring at best so in recent weeks Jacqueline was brought back to the show. Needless to say Dina hasn’t handled her rehiring very well.How bad is it? Well, Dina is currently threatening to quit the show and flat out refuses to film any scenes at all with Jacqueline. Of course the network is trying hard to put both women in the same place at the same time so that the fur can fly. Drama is inevitable if they are forced to be together and Bravo believes that is necessary for the shows’ ratings. Do you think Dina will cave in or is she going to quit before she is tricked into filming with Jacqueline? Tell us your thoughts in the comments below!