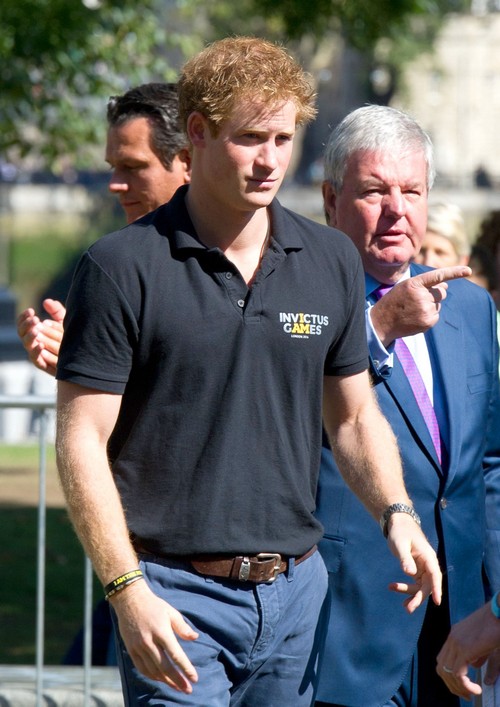 It seems like Prince Harry might really be growing up! Once known as a mischievous party boy with an interchangeable blonde on his arm, the young royal is gravitating towards something different these days. In the past Harry has chosen beauty queen girlfriends that have chosen careers based solely on their looks but not any more. Earlier this summer Harry started seeing Camilla Thurlow, a Scottish-born charity worker.  She is indeed a beauty queen, but Camilla decided that after picking up a crown or two she would find a substantial job.

According to the Sept. 1st print edition of OK Magazine Harry loves the fact that Camilla works for The Halo Trust, an organization that Princess Diana supported. Don’t misunderstand, Camilla is not uptight and stuffy, in fact she is known to be just the opposite. Sources say that Camilla tends to be the life of the party and Harry likes taking a backseat to her while he watches her in action. She has a much more balanced life than his previous women but is also a whole lot more fun.

Prince Harry split from Cressida Bonas earlier this year because she was reportedly too boring for him. It sounds like Camilla has infused a lot of fun into Harry’s life but also has some serious brains for business. Sources think that this couple may end up being the real deal because they fit together like puzzle pieces. Do you think that Harry is better off with a woman like Camilla  that will keep him on his toes? Tell us your thoughts in the comments below!