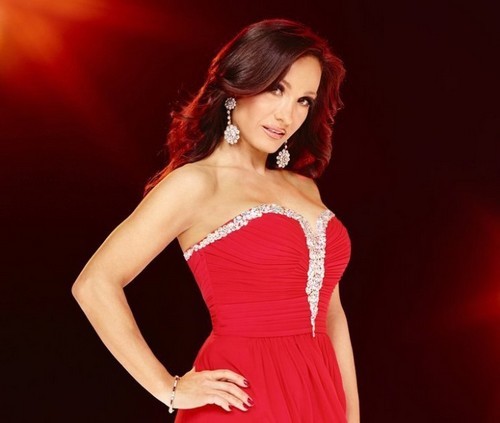 If you’ve tuned in to the current season of The Real Housewives of New Jersey then you’re already familiar with Teresa Aprea and her twin sister Nicole Napolitano. They were added to the cast to try and breathe new life into the show and instead this seasons’ ratings have plummeted. In a nutshell, nobody really cares very much about them because they aren’t very likable.

Teresa is married to Anthony “Rino” Aprea and while she insists that he worships every step that she takes and would never cheat, it’s not necessarily the truth. According to the Sept. 1st print edition of OK Magazine Rino has indeed stepped out on his wife and in an upcoming episode of RHONJ it’ll be Teresa Giudice that asks the questions regarding the truth of the situation. Of course Nicole will go to bat for her sister and back up whatever she says, but that doesn’t mean it’s the truth.Teresa likes to present a fairly perfect image, one where she has this doting man and amazing son. Reality is they are just as imperfect and dysfunctional as everyone else. Look for her and Nicole to start a loud verbal war with Teresa G.- the kind that makes you think maybe they are protesting a little too much. What do you guys think, Rino is super friendly on the show, do you think that maybe he has crossed some lines here and there and cheated on his wife?  Do you think that she is covering for him now out of pure embarrassment? Tell us your thoughts in the comments below!