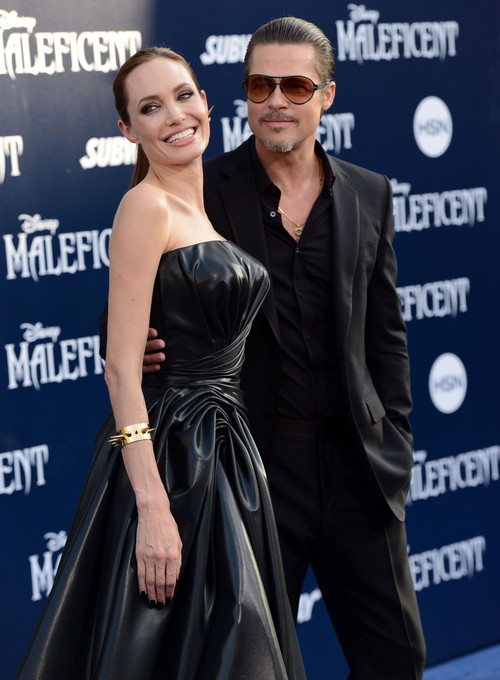 Angelina Jolie and Brad Pitt are married! They somehow managed to obtain a marriage license in California and sneak off to Chateau Miraval with several friends and family members [notably missing Angelina’s father, Jon Voight], without the paparazzi or media figuring it out.

Of course, everyone else was preoccupied with the Emmy Awards and the VMA Awards this weekend, and with all the focus diverted elsewhere, Angelina and Brad were able to get married at Miraval [on Saturday] in peace and quiet. There was no media fan fare, no paparazzi, and nobody suspected a thing until the newlyweds announced the news in a statement this morning.

Seriously, who’s going to complain about privacy after this? If the two biggest celebrities in the world managed to get married without any media attention, then nobody else has any excuse – including George Clooney.

Anyway, the details of the ceremony are pretty cute, especially because Angelina’s and Brad’s kids played a big role. Maddox and Pax reportedly walked Angelina down the aisle [in the absence of her father], Zahara and Vivienne were flower girls, and Shiloh and Knox were ring bearers. Awwww, isn’t that adorable?

In addition to finally caving into their children’s pressure to get married, their wedding serves as a great launchpad for their respective Oscar campaigns. Angelina has Unbroken coming up, and Brad has Fury. Both movies are said to be surefire Oscar contenders, and with this wedding, they have just pulled off a spectacular start to both of their Oscar campaigns.

What do you guys think about Brad and Angelina sneaking off and getting married without anybody knowing? Impressed? Or not surprised? Let us know your thoughts in the comments below.