Charlize Theron Disses 20-Year Olds, Says They Have ‘No Concept Of Wisdom’ 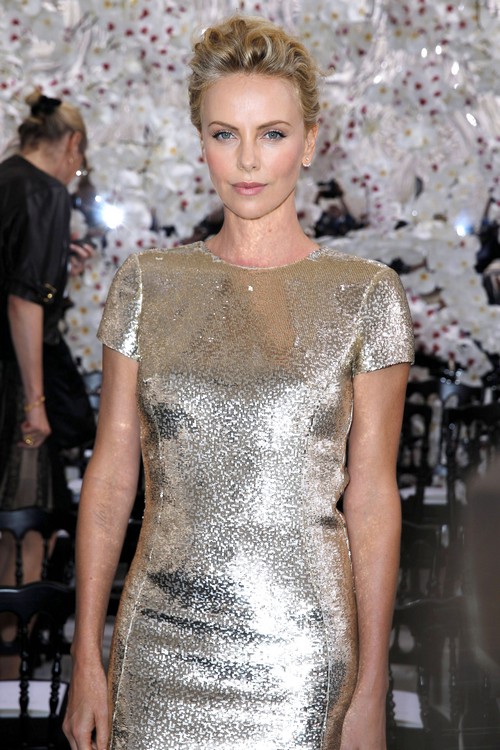 Charlize Theron gave a new interview to Women’s Wear Daily about fashion and her thoughts on aging, and she certainly doesn’t hold back. She disses 20-year-olds pretty badly, and says it’s ‘ironic’ that we’ve built our fashion ideals over so many young people when they really have no idea what they’re doing.

She tells WWD, “It’s ironic that we’ve built the beauty world around 20-year-olds, when they have no f**kin’ concept about wisdom, what life is about.”

She also discusses the double standard of women aging versus men aging, especially in Hollywood. She states, “That’s why I think people say women come into their prime in their 40s. And then for some reason our society just wants to go… it’s like a dead flower. Men are like fine wines — the older they get, the better they get. It’s such a misconception…”

You know what? She makes some VERY good points. Hollywood, and our society in general, always tends to put the focus on 20-something women, even though older men are treated with the respect and attention that older women rarely receive. It’s sickening and it’s annoying, and it’s about time more celebrities started calling society out for that. Yes, Charlize does tend to speak without thinking sometimes, but when she makes some good points, she drives them in pretty well. In this case, she’s probably dealt with some of these double standards herself, especially as she’s gotten older. And it’s no doubt grated on her enough that she felt she had to speak, so good for her for not holding back. Now, if only the people listened.