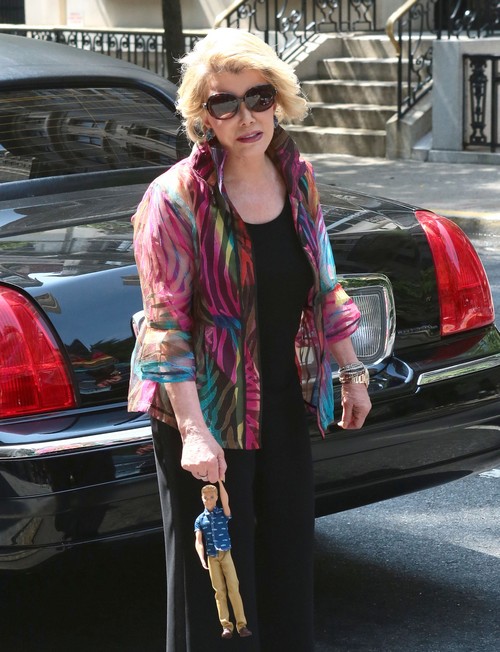 Joan Rivers stopped breathing during a surgery this morning, and has been rushed to Mount Sinai hospital in NYC. She was reportedly getting a surgery for her vocal chords when she suddenly stopped breathing, with TMZ reporting that an emergency phone call was placed at 9:39 AM ET this morning, with the caller telling 911, “We have somebody in either cardiac or respiratory arrest.”

She was rushed to Mount Sinai hospital, and has been there since this morning. So far, there are no major updates on the situation, but all we know is that Joan’s daughter, Melissa Rivers, is rushing to be with her mother.

Joan is 81 years old, and we assumed that she was the picture of robust health. However, it’s near impossible to be that age and continue to get so many surgeries and procedures without any risk. Getting your vocal chords operated on is never a simple surgery, but the complications increase tenfold when you’re 81 years old.

Joan also had several smaller health issues, even though she maintained that she felt very good for her age. She was diagnosed with osteoporosis in 2002, and she admitted that she turned her life around after that diagnosis. But there’s no doubt in my mind that Joan’s constant reliance on surgeries – plastic or otherwise – has led to this situation. To be fair, operating on your vocal chords is a lot more essential – and dangerous – than getting lip injections, but still – she should have been more cautious about proceeding with any procedure that could have caused such a reaction.