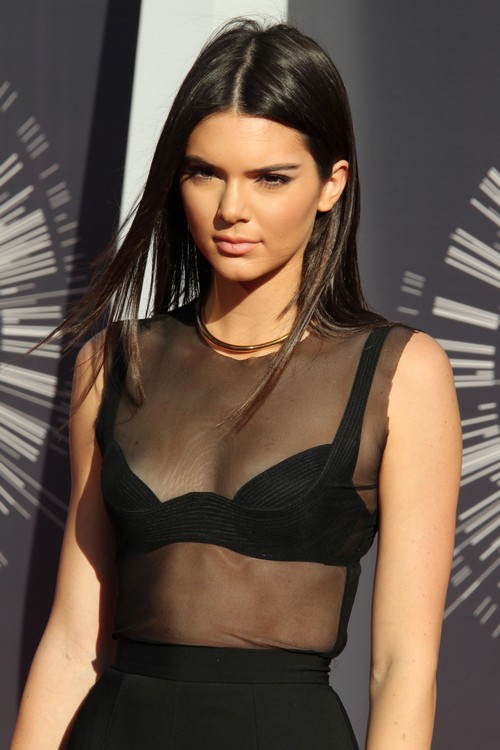 Kendall Jenner really, really doesn’t want people to remember that she’s a Kardashian. Perhaps she’s realized that the Kardashians’ brand has gone down significantly over the past few years, or perhaps she thinks that the name will be more of a hindrance than a help.

Either way, she’s reportedly dropped her family name and is going by just ‘Kendall’ on the official website of her modeling agency, The Society.

This shouldn’t come as a surprise to anyone who’s been listening to Kendall discussing her family recently. It’s clear that she thinks that the Kardashian name has been a huge burden for her, especially in her modeling ‘career’. I guess she doesn’t realize that nobody would have looked twice at her to begin with if it wasn’t for her family connections, but the girl’s a teenager and her ego’s already massive from all the attention – she won’t want to be told that her family’s name had a huge part in her modeling success.

Kendall previously told Love Magazine [in July], “What I have almost worked against me … I went on castings and some people weren’t feeling em because of my name. But it’s great when people didn’t recognize me.”

You know, she might not be completely off base here. Sure, she got her start in modeling because of her family’s help, but right now, being a Kardashian isn’t a good thing. Keeping Up With the Kardashians is tanking in ratings, and nobody wants to be associated with them and their desperate attention-seeking behavior. Maybe Kendall’s not being stupid by dropping the name after all.