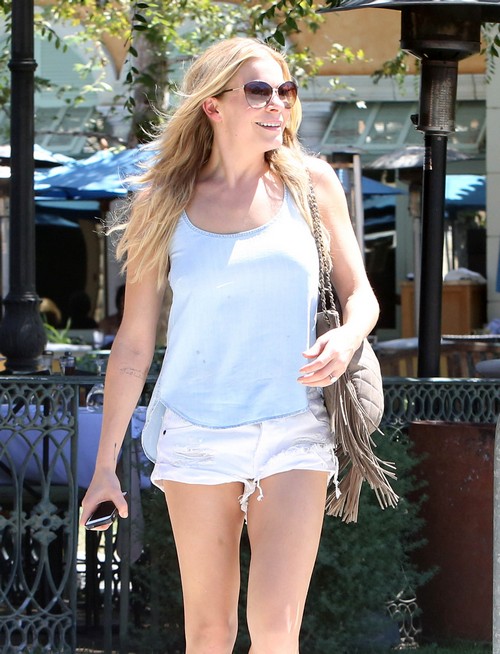 LeAnn Rimes continues to cross the line while promoting her reality show, probably hoping that her outrageous remarks will be enough to get people to tune into VH1’s LeAnn and Eddie.

LeAnn and Eddie Cibrian were guests on Joan Rivers’ talk show, so some level of offensiveness was expected. But LeAnn then decided to make a rape joke during the interview, which has created a firestorm of criticism.

LeAnn, Eddie, and Joan all sat together for an interview, joking that it would be their first ‘threesome‘. LeAnn then joked that Joan may have given her a roofie, and when asked about losing her virginity, she gave an anecdote about her first time being when she was 16 years old and with her boyfriend in Monte Carlo. Then, she added, “I think I raped him. I think that’s how it happened.”Um… seriously? First of all, it was bad enough that she joked about being roofied. And then, she decides to joke about rape?! Is she out of her mind? THIS is how she wants to promote her show? They’re already losing viewers by the thousands, and she thinks that the precious few people that are still watching the show are going to stick around after hearing the crap that comes out of her mouth?

Obviously, Joan’s no better. Joan Rivers has come under criticism numerous times for making inappropriate jokes, concerning everything from racism to rape. She’s never going to change her ways, but she stopped caring what the public thought years ago. LeAnn, on the other hand, almost desperately wants public approval, but this is a step in the wrong direction.