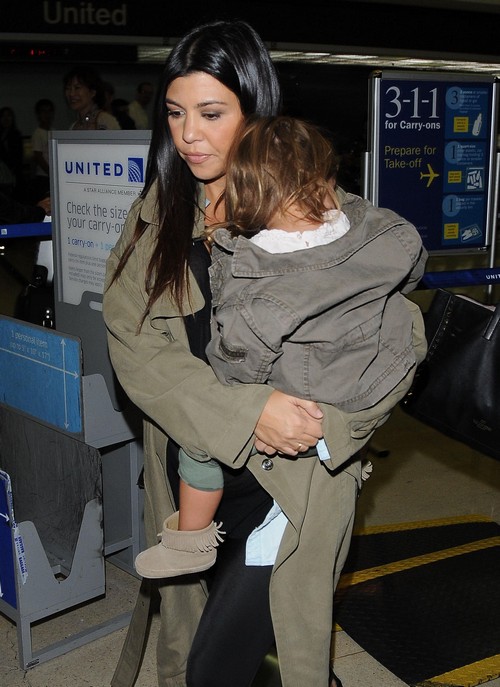 Here we go again, the pattern continues. I’m talking about Kourtney Kardashian‘s dysfunctional relationship with baby daddy Scott Disick. After being treated for alcohol poisoning last June Scot was reportedly trying to pull himself together so that he could be a better partner to Kourtney but as always happens, the changes were short lived.  According to the Sept. 8th print edition of In Touch Weekly the couple turned up for a joint appearance at Foxwoods Resort Casino and Scott refused to take off his sunglasses or cooperate.

Sources at the Casino say that Scott had been partying mega-hard the night before and turned up for his personal appearance looking either still drunk or extremely hung over. Apparently Scott can’t do much of anything without a drink in his hand nowadays and Kourtney Kardashian is once again threatening to leave. I don’t understand what is wrong with her. Scott is clearly an alcoholic, that is his problem. But her enabling is just as big a problem.Why on earth doesn’t Kourtney finally decide that she and her kids deserve better than to live with a man who chooses to self destruct every single day of his life? Becoming a father hasn’t motivated Scott to change anything at all, maybe if Kourt high-tailed it out of there for real he would wake up and realize he will lose everything unless he gets himself together. Should Kourtney leave Scott if he refuses to get help in rehab? Should she is one thing, do you think that she actually will leave?  Tell us your thoughts in the comments below!