Ciara And Future Back Together After Future’s Cheating And Affairs 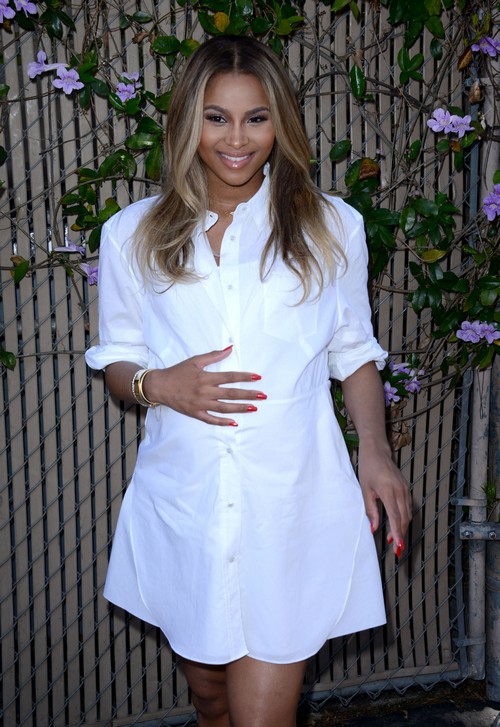 Ciara and Future broke up a few weeks ago after Ciara reportedly found out about Future’s cheating and affairs. The couple – who had a baby boy a few months ago – broke off their engagement last month, allegedly after Future had affairs while he was on tour. Many reports claimed that Ciara had kicked him out, and was refusing to talk to him after she found out about the cheating.

Alas, TMZ is now reporting that Ciara and Future are actually back together. Apparently, they’re living together and trying to ‘repair’ their relationship in order to keep their family together, all for the sake of their four-month-old son, Future Zahir.Apparently, Ciara is willing to put aside her differences with Future in order to keep the family unit together for her son, but she has given Future an ultimatum. If he cheats or strays again, she will leave him and take their son with her.

There was always the option of settling on joint custody, especially if Ciara was intent on keeping Future around for her son’s life. But according to the report, Ciara wasn’t interested in that option, and she genuinely believes that Future is a good father – even if he’s not the best husband.

It’ll be interesting to see what happens if Future does stray again. I’m guessing they’ve worked out something other than a verbal agreement on this situation, and it might be that Future will risk losing his parental status if he does have another affair. That might keep him faithful to Ciara in the long term, especially if there other incentives involved.