Jennifer Lopez Is Still Waiting For ‘The One’, Opens Up About Relationship Mistakes 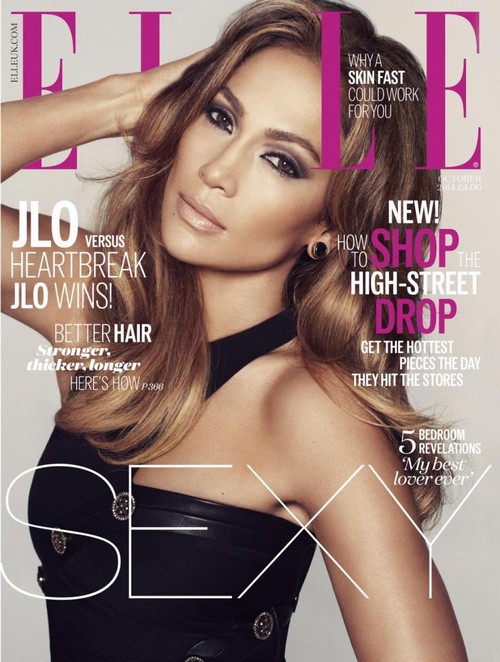 Jennifer Lopez has a reputation for marrying men weeks after she meets them, and it’s been a trend in all of her previous relationships. In fact, the only serious relationship in which she didn’t marry anyone is her most recent one with Casper Smart, and that was reportedly only because her entire team advised her against it.

Jennifer covers the latest issue of Elle UK Magazine, and in the accompanying interview, opens up about her romantic life and her past relationships – including her quick divorces. She explains, “I have to look at what I do wrong. I rush in, I get swept up, I ignore the signs. But so many of us are guilty of these things.”

She says that she still believes in love, and she thinks the ‘nirvana man’ is still out there. She also adds, “But you just have to work at it. You have to work at everything.”

Well, at least she was smart enough to know that Casper Smart was not this ‘nirvana’ man? Heck, I think everyone knew that, even though nobody seems to understand why she stayed with him for so long.

In the end, her view on relationships seems to have matured, at least over the last few years. It’s been a long since Gigli and her disastrous romance with Ben Affleck, and since then, she’s been taking it relatively slower in the relationship department. She did not marry or get engaged to Casper Smart, and even though rumors have her hooking up with Maksim Chmerkovskiy, she hasn’t even confirmed that they are dating yet. If this was a few years ago, she would have been married to him already.