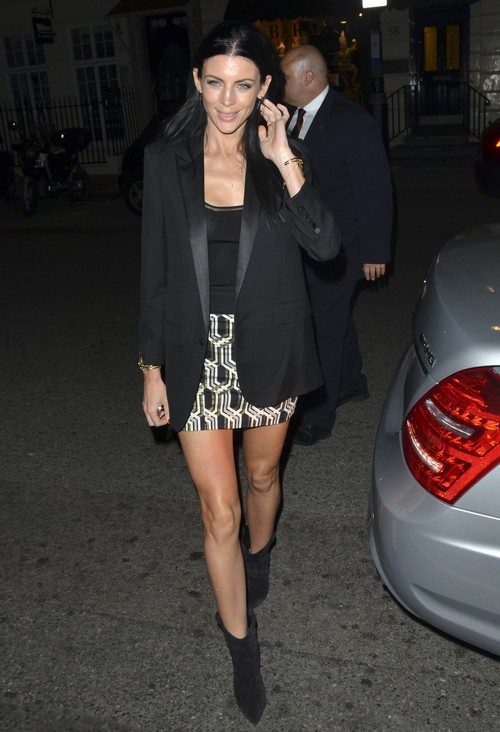 It’s been two years since Kristen Stewart had an affair with Rupert Sanders, and a few months since Liberty Ross finalized her divorce from Rupert Sanders. However, Liberty’s now speaking up about her decision to move on from Rupert, admitting in a new interview with Harper’s Bazaar UK that she’s over the affair and the dramatic aftermath.

She first discusses her state of mind at the present, explaining, “Today, I feel happier than I’ve ever felt, and I’m in such a great place. All of us are: my kids are great, Rupert’s amazing, we have all moved on and everyone is doing really well.”When asked if she still feels resentful over what happened, Liberty admits, “God, no. Ugh. People need to learn to forgive. I have no problem with anyone involved. I’m completely compassionate, I really am. No life is perfect, we all have our problems and issues and I believe that it’s good to be true to who you are.”

Well, that’s a really, REALLY mature way of looking at it. Of course, Kristen Stewart getting vilified in the press and media following the affair probably helped Liberty move on a bit, especially since her own press improved a ton after the scandal. She was able to gain a foothold back into the modeling and film industry, and she’s been working steadily since then. In a way, she even admits that things worked out for the best, since she was never that happy living in LA with Rupert – especially since they moved only for his career, putting hers on the backburner. This way, she’s able to go after dreams, while he’s able to go after his – and without Kristen standing in the way of their family healing.