Jennifer Aniston Loves Kim Kardashian And ‘Keeping Up With The Kardashians’ 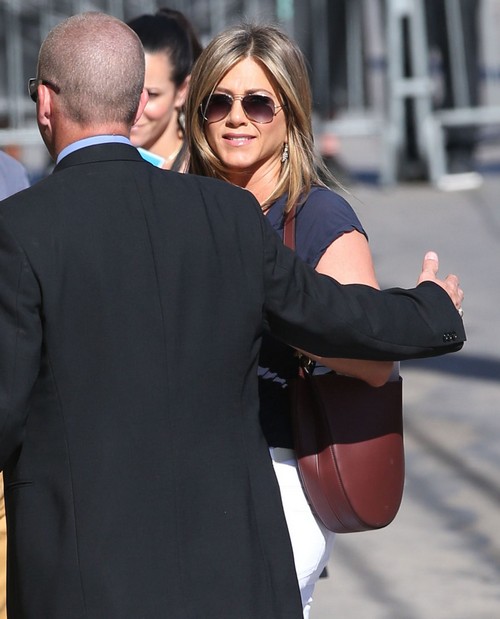 Stars are just like us! In yet another candid not-at-all-orchestrated glimpse into Jennifer Aniston‘s life, Life & Style magazine claims that Jennifer ‘loves’ Kim Kardashian and Keeping Up With the Kardashians.

This is just like the time that Leonardo DiCaprio admitted that he loved Jersey Shore, except that at least Jersey Shore was trashy fun that ended up being a guilty pleasure for a lot of viewers. But KUWTK is not even a guilty pleasure anymore, instead becoming a steaming pile of boring-ness that threatens to get worse and more soporific every season.

To be fair, Jennifer and Kim do share the same stylist, so perhaps Jennifer feels obligated to be kind to Kim. But if this were three years ago, nobody would have given a second glance to her. But now, she’s landing the cover of Vogue Magazine and being named GQ Magazine’s Woman of the Year. Even if we don’t debate whether she deserves those honors, the simple fact is that getting married to Kanye West has somehow placed her among real, honest-to-goodness celebrities. That means that legitimate movie stars and TV stars will be nice to Kim, whether they want to or not.