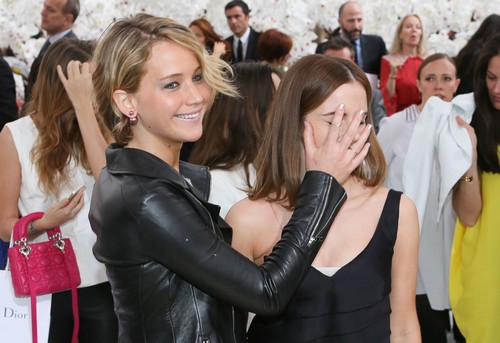 It turns out that Apple might not be at fault for the celebrity nude scandal that rocked the Internet this week. As we all know by now, several nudes of major A-list celebrities like Jennifer Lawrence and Kate Upton were leaked by [still unknown] hackers on several websites across the web. Initially, it was thought that a security vulnerability with the iCloud allowed the hackers access to the photos, which would explain why they were able to obtain photos from years and years ago that were supposedly long deleted.

However, Apple denied any responsibility in the situation yesterday, claiming that it was a ‘targeted’ attack on specific celebrities. That means that the hackers somehow managed to get access to the passwords for these particular accounts, which could also mean that they amassed this nude photo collection over many years.

Now, new light has been shed on the case, with sources claiming that Jennifer, Kate, and every other celebrity on the list could have been targeted by a phishing scam. Instead of being victim to an iCloud hack, the FBI is reportedly investigating the possibility that they were targets of an email phishing scam.

The way that phishing scams usually work is that an email from a seemingly-reputable company appears on your Inbox, requiring you to either change your password or provide sensitive data. Usually, people believe that the email is coming from the reputable source [in this case, probably from Apple], and they follow the instructions – unknowingly allowing hackers access to all their personal files.

To be honest, this makes more sense than a hack. A lot of celebrities on the list have admitted that they are not very good with technology, so it’s easy to believe that they would fall for a fake Apple email asking them to change passwords.

Do you guys believe that’s what happened? Or do you still thank it was a hack? Let us know your thoughts in the comments below.