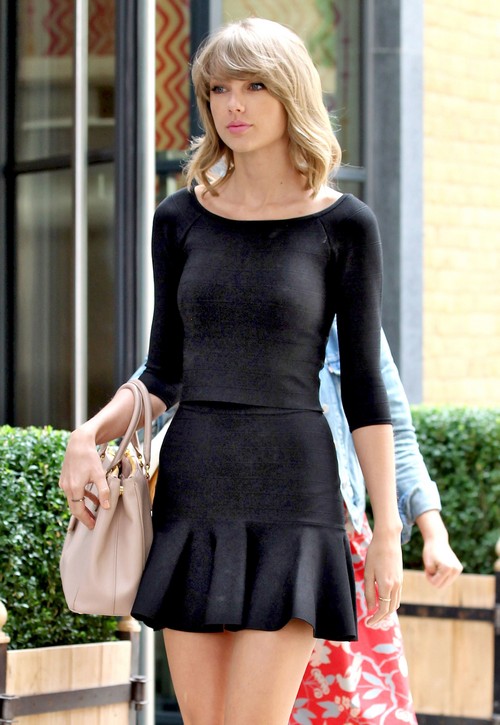 The media loves to target Taylor Swift, but they usually focus on Taylor’s romantic life [or lack thereof] when doing so. However, a new report from Star Magazine has decided to focus on Taylor’s finances, claiming that Taylor has taken to firing her male dancers to keep her overhead down and increase her profits.

Apparently, two guitarists and two male dancers were both fired from her latest performance, just so that Taylor could go with a, “cheaper, all-girl stage show.”Star’s source adds that the none of the people who got let go knew they got fired until the last minute. And then, in a pretty mean-spirited jab, this ‘source’ explains, “Anyone who thinks she’s about more than making money is naïve.”

Well, that’s a bit harsh, no? Taylor has never come off as a money-hungry musician, especially compared to her industry counterparts. Sure, she’s come off as a little clingy with her relationships and desperate to please her fans, but she’s never come across as particularly miserly or money-oriented. Granted, we don’t really know that much about her apart from what the media reports, but you can get a sense of a person from the way they behave with their fans.

Taylor has never shied away from spending time [and money] with her fans, and she’s always been open and honest about giving to charity and spending money on non-material things. She’s never had a diva reputation, especially regarding finances, so it’s hard to buy this story.

Plus, usually the stars don’t even pay for the show – the recording company does. In this case, it wouldn’t be Taylor’s decision to fire the dancers and cut costs, but rather the record company’s responsibility.