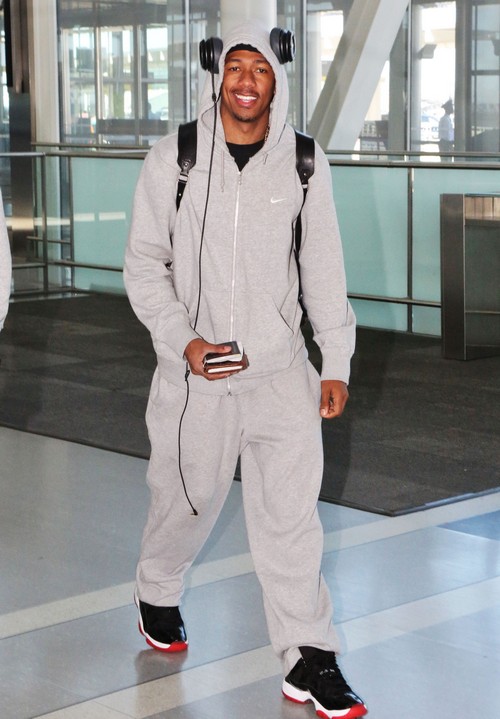 Video vixen and employee on MTV’s Wild N’ Out, Brittany Dailey has taken to Twitter to deny the rumored relationship she has with a very-married Nick Cannon.

Rumors began swirling when sexy Brittany was hired on Nick’s MTV show and staffers began talking that she was given the job because she was Nick’s mistress. Nick has respected wife Mariah Carey’s wishes, er, demands to keep quiet about the demise of their marriage, but that didn’t keep Dailey quiet as she attempted to dispel rumors that she and Nick were ever an item by tweeting, “Let me just address this right now.. I’ve never had an inappropriate relationship with Nick, never been in a room alone with Nick. He’s my boss and a friend, that’s it. Idk where this rumor is coming from. That’s some crazy shit.. Smh.”

However, her attempt to stop the viscous rumor mill, only made news of the reported affair go viral. Many had never even heard of Brittany before her tweet, and many who did know the pillow-lipped brunette, didn’t know of the reported affair. Well, mission accomplished, Brittany. You threw your name into what may be one of the biggest celebrity divorces, right at the time the media is in overdrive covering the high-profile split.

Denials don’t really mean much in Hollywood, anyway, as we’ve all seen our fair share of denials that were simply a distraction while a PR team worked their magic to spin the story in a different light. Time will tell….and so will Cannon’s friends for a price…whether or not there was something going on between the model and Mr. Carey.

What do you think? Was Nick creeping with Brittany, or are staffers on the set just stirring up trouble? Tell us your thoughts below.