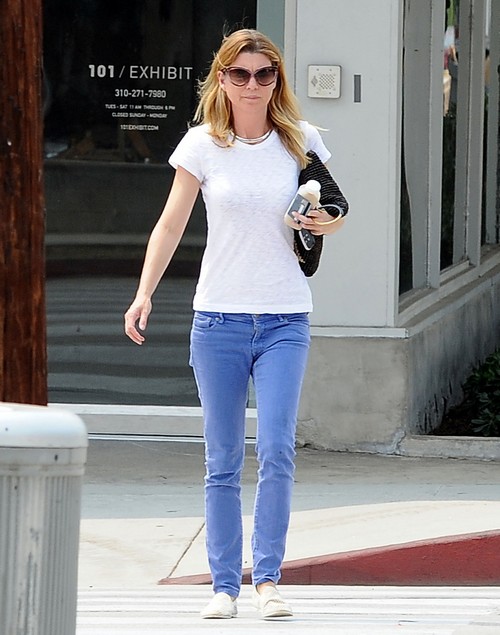 Ellen Pompeo has been a staple of Grey’s Anatomy since it started, and unlike several of her co-stars, she hasn’t opted to go off and make movies during any hiatus. It seems the star is not as keen on acting as she was when she first started, as she reveals that she might quit the profession altogether after Grey’s Anatomy ends its run.

At an event, she revealed, “I definitely don’t have a strong desire to act after ‘Grey’s.’ I don’t find acting terribly empowering. For the place I am in my life… I don’t necessarily want to work for other people.”

She adds that she would like to go into producing full-time, and do something else that challenges her creatively. She also chides actors and actresses for always aiming for an Oscar or an Emmy, revealing that to her, success just meant having a steady job on a successful TV show for more than a decade.Grey’s is also in syndication and has played in several countries across the world, so you can say without a doubt that she’s going to have money for the rest of her life. Just like the cast of ‘Friends’, Ellen is never going to go hungry or have to take a job to pay the rent. No doubt, that will allow her the freedom to choose whichever project she wishes, instead of forcing her to do something she has no passion for.

What do you guys think about Ellen Pompeo quitting acting? Let us know your thoughts in the comments below.